By Laura Chamberlain on 12 Jan 2012 in Recruitment & retention 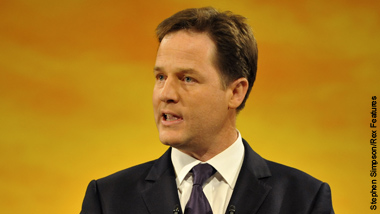 More than 100 major UK businesses have signed up to a government initiative that proposes asking for CVs without the name or the school details of candidates in order to remove the risk of discrimination during the application process.

Firms such as Tesco, Barclays and Coca-Cola have agreed to the Government’s Business Compact, which requires them to recruit “fairly and without discrimination” by using application forms that don’t allow candidates to be screened out due to the school they went to or their ethnicity.

The agreement adds that this could be done through “name-blank” and “school-blank” applications, as both of these fields could result in the candidate facing discrimination during the hiring process.

Other elements of the agreement include advertising work experience placements to people of different backgrounds online and in schools, instead of giving places to “informal contacts”, and providing financial support or paying the national minimum wage to interns.

The compact is part of Deputy Prime Minister Nick Clegg’s social mobility strategy, which aims to create a “what you know, not who you know” recruitment culture.

Clegg commented: “Working with the coalition, the biggest hitters in British business are helping lead the way to a fairer, more open society.

“By opening their doors to young people from all walks of life, this marks the start of a culture shift among major employers, driven by the belief that ability and drive should trump connections and privilege.”

While more than 100 UK businesses, including major finance firms, law firms, high street retailers, energy firms and manufacturers have agreed to the compact, Clegg will be writing to 50 more of the biggest UK companies asking them to sign up.

Jeya Thiruchelvam, employment law editor at XpertHR, said that the anonymous CV plans were a “step in the right direction”.

“The real challenge remains dealing effectively with conscious and unconscious discrimination that the applicant may face once they are before the interviewer.”