Would a general training levy solve the UK skills crisis? 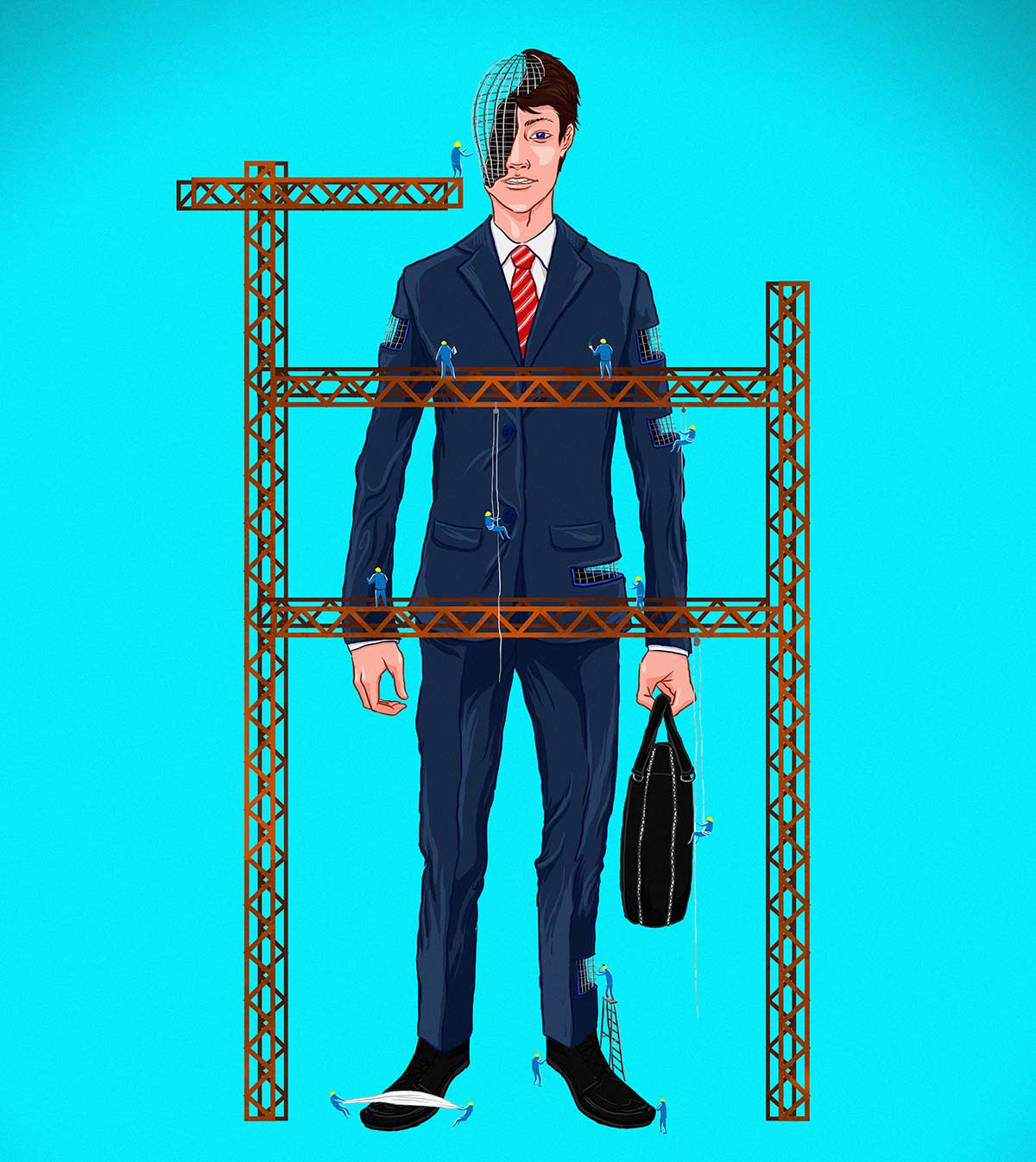 The apprenticeship levy has long been criticised, prompting bodies including the CIPD and the Institute of Directors to call for a broadening of what the funds can be used for. How would this work, and what types of training would benefit employers most? Ashleigh Webber writes.

Industry bodies have long warned of a skills crisis, but as job vacancies continue to mount and the labour market tightens, employers are coming under increasing pressure to ensure their workforce is capable of meeting business needs.

For the past decade, government skills strategy has largely centred around apprenticeships, and since 2017 all employers with an annual pay bill of more than £3 million have had to pay an apprenticeship levy each month to help their funding.

The latest Department for Education figures covering the 2021/22 academic year show that apprenticeship starts are down by 4.8% compared to the same period in 2018/19, and the number successfully completing their apprenticeship has plummeted 31.5%. Something is clearly wrong.

Workers themselves also appear to be hesitant to upskill. Education provider Emeritus found that £1.2bn pledged by the government’s advanced learner loan scheme, which helps individuals with the cost of their education, has gone unspent, highlighting part of the challenge employers have in encouraging skills development.

Support for a general training levy

Entry-level apprenticeships down 72% since 2014

Half of employers want to replace apprenticeship levy with training levy

The CIPD is among organisations calling for the apprenticeship levy to be reformed into a more general training levy, which it believes will better meet the skills needs of the UK economy.

More than half (51%) of HR professionals and senior decision makers polled by the CIPD say they would support a wider training levy over its current form, which is preferred by just 17%.

Lizzie Crowley, the HR body’s skills policy adviser, says: “We’re incredibly supportive of apprenticeships and the benefits they bring to both organisations and employees. However, our concerns lie in how the current system is incentivising certain employer behaviours and this is why we are calling for something that allows more flexibility.

“We’ve been calling for a broader training levy, which will unlock investment in other equally valuable forms of training.”

Traditionally, apprenticeships served as an alternative to further academic study, allowing school and college leavers to “earn and learn”. However, a growing proportion of apprenticeships are now being undertaken by older people, suggesting employers are using their levy funds to train staff who are already qualified or established in their careers.

Not making best use of funds

“Employers are quite rightly looking for ways to spend as much of their apprenticeship pot as possible, but our concern is that this does end up with gold-plating existing internal schemes,” says Crowley.

“There’s a huge range of training provision out there at those [higher] levels that are actually considerably less costly than apprenticeships and can be delivered in a more flexible way that meets the needs of employees more effectively.”

Crowley says employers would be able to put more staff through management and higher-level training, if those are the skills they require, via more bespoke, shorter training courses.

We need to ensure that this training is adding value and isn’t funding what employers would be doing anyway.” – Lizzie Crowley, CIPD

“[Management and degree level apprenticeships] are very important skill gaps that do need to be filled in the UK, but we really need to think about the best use of public money – which is what the money raised via the levy is – and we need to ensure that this training is adding value and isn’t funding what employers would be doing anyway,” she says.

The Department for Education has said MBA qualifications were removed from the apprenticeship standards in March 2021, but it has retained the level 6 chartered manager degree apprenticeships.

A huge proportion of levy funds are being held by the Treasury because employers cannot find a way to spend them, suggested Energy & Utility Skills, a body that helps to ensure utility companies have access to the skills they need. It surveyed a sample of employers that had together recruited 4,000 apprentices and found they had only recouped half of the money they paid via the levy over the past three years – an estimated £34m.

He says that increasing flexibility in what businesses could use their levy funds for would give employers more opportunity to target apprenticeships primarily at young people. Extending levy eligibility to cover induction, initial assessment and some aspects of delivery would benefit both apprentices and employers.

A spokesperson for the Department for Education said employers have complete flexibility in how they choose to spend their apprenticeship levy funds and apprentices can be any age, existing or new staff, and can undertake courses in more than 600 job roles. They may also transfer their funds to other organisations.

The Recruitment Employment Confederation’s chief executive Neil Carberry tells Personnel Today that many of the skills the UK needs right now do not need to be developed via a lengthy apprenticeship. He says that some workers whose wages are levied, including temporary staff, cannot access the training the levy is funding.

“Most temps aren’t with an employer for 12 months, which is the length of most apprenticeships,” says Carberry. “Some kind of limited broadening of what types of courses the money can be spent on will be really important for upskilling these workers.”

Carberry gives the example of forklift truck driver training, which does not take a year to complete but can improve a warehouse worker’s rate of pay, which will benefit the Treasury in terms of higher tax intake. This type of training could be offered via skills bootcamps, funded by a broader training levy, he says.

The transport industry, which has traditionally struggled to attract younger workers – culminating in a chronic shortage of lorry drivers – has been a major user of apprenticeships. Lynn Brown, UK and Ireland vice president of HR at XPO Logistics, feels the scheme has been a success but would like to see more support for shorter courses as part of any apprenticeship levy reform.

“Not all colleagues learn best on a long-term basis; they may prefer temporary, sharp development opportunities,” says Brown.

“At XPO, we see other schemes with a shorter completion window appeal to our employees over and above the apprenticeship. For example, government driver bootcamps whereby an individual can train to acquire the LGV licence in approximately 16 weeks, versus the 13-month apprenticeship scheme.”

Not all colleagues learn best on a long-term basis; they may prefer temporary, sharp development opportunities.” – Lynn Brown, XPO Logistics

What works for one sector or employer doesn’t necessarily work for all, suggests Alan Hiddleston, senior director, international corporate learning at D2L.

“The levy needs to be reviewed in accordance with ongoing business challenges and the current job market. We need to address the talent deficit far more holistically, sector by sector as each organisation addresses its own talent shortage,” he says.

“If the apprenticeship levy were to become more flexible, this would allow workers and learners of all ages, to retrain, top up their skills and re-enter the education system more easily. This would ideally happen through short courses which are designed through partnerships with their chosen employer.”

Carberry says: “We need to decide what an apprenticeship is and what it isn’t. We do need to have a conversation about whether some of the funding needs to focus on 16-24 year olds, but that’s not to say we shouldn’t have apprenticeships available to all ages.”

“Government needs to realise that the problem it is trying to solve is access to high-quality skills development, rather than how we fund the apprenticeship system. It’s not a problem with apprenticeships themselves per se, because we know that apprenticeships have great outcomes; this is about how we build a system that catalyses additional employer investment in skills, rather than what I fear the current system does, which is drive additional investment away.”

This is about how we build a system that catalyses additional employer investment in skills, rather than what I fear the current system does, which is drive additional investment away.” – Neil Carberry, Recruitment and Employment Confederation

So, what would a more flexible system around skills development, or a general training levy, look like? Should organisations be able to pick and choose courses that suit their needs and draw down funding from their levy pot when they need it?

“We have to be careful to make sure that the levy doesn’t fund everything and that what is funded is high quality,” says Carberry. “At the REC we feel that training towards a recognised qualification could be included.”

The CIPD’s Crowley agrees: “These would need to have been courses that have been identified in local skills improvement plans, or by the Unit for Future Skills, as particularly important for the UK economy. The levy money couldn’t just be spent on anything. It would need to be accredited training and development.”

Carberry feels that employers should not be forced to use a regulated training provider from a government list, because many organisations are capable of delivering skills development in-house. However, he says that organisations should have to work towards a recognised qualification and complete a standard assessment.

“It’s important that we think of the levy as just a way of funding skills. If the government is committed to having a levy, then the question is how we make it work better for people,” explains Carberry.

D2L’s Hiddleston says that the UK requires a modular or “omnichannel approach” towards education and training in order to meet its skills needs. Education providers should work with employers to ensure that desirable skills are embedded into the curriculum and that programmes are designed to cater for lifelong learners, not just those looking to secure their first job.

“Flexible and tailored training programmes will enable workers of all ages to top up their skills on a regular basis, but most importantly, enable workers to learn on their own terms. However, a one-off e-learning module or course does not expose individuals to the breadth of learning experiences that are needed to cover the more complex skills or business challenges,” he warns.

“With a broader training levy, we could potentially deliver rapid upskilling in targeted areas through shorter courses.”

Hiddleston says the most beneficial training programmes for employers are those that allow workers to top-up their existing skills, to test their knowledge in real-life situations and develop an understanding of how a particular task relates to business priorities. This could be considered as part of a programme of apprenticeship levy reform.

With the chancellor in his spring statement promising to explore whether the apprenticeship
levy is doing enough to incentivise businesses to invest in training, it’s clear that the government is well aware of the challenges facing employers. A more flexible approach to skills development will be needed if the UK economy is to remain resilient.

Ashleigh is editor at OHW+ and HR and wellbeing editor at Personnel Today. Ashleigh's areas of interest include employee health and wellbeing, equality and inclusion and skills development. She has hosted many webinars for Personnel Today, on topics including employee retention, financial wellbeing and menopause support. Prior to joining Personnel Today in 2018, she covered the road transport sector for Commercial Motor and Motor Transport magazines, touching on some of the employment and wellbeing issues experienced by those in road haulage.

CPD: the origins of the occupational health technician

How career pathways can attract and retain talent

‘Inequality is embedded in our labour market’ says...

More than £1bn of upskilling loan money has...

Half of employers want to replace apprenticeship levy...