By Michael Carty on 6 Feb 2017 in Apprenticeships, Learning & development, Recruitment of young people 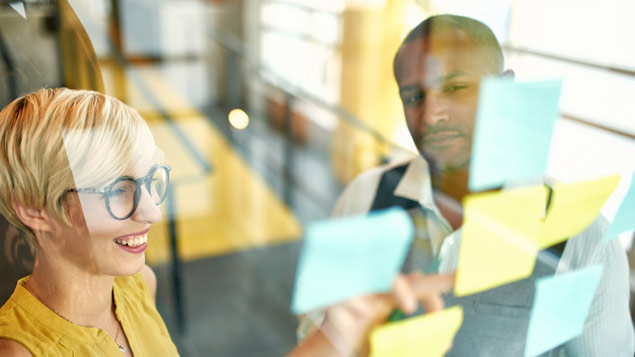 Smaller businesses could be underestimating the impact of the apprenticeship levy on their organisation, according to new XpertHR Benchmarking research on young workers.

The Government wants to increase the number of apprenticeships in England to three million by 2020, to boost the employment and training opportunities available to young workers.

Effective from 6 April 2017, the levy will require employers with a paybill of more than £3 million a year to pay 0.5% of their paybill to fund apprenticeship costs.

According to the latest data from XpertHR, two-fifths (39.2%) of employers plan either to increase recruitment of young apprentices because of the levy or to take them on for the first time.

A further 37.9% say that it will have no impact on their recruitment of young workers.

More than half (56.4%) of employers taking part in the 2017 XpertHR young workers survey employ people between 16 and 24 as apprentices, broadly reflecting House of Commons data, which estimates that young apprentices comprise 56% of the half a million apprenticeships in England.

Many organisations use other routes to bring in workers in this age group. Just over three-quarters (78.6%) hire young workers into permanent roles, 47.9% to temporary roles, and 31.4% take them on as interns.

However, a breakdown of the 2017 young workers survey data by organisation size suggests that small- and medium-sized enterprises (SMEs) may be less well prepared for the impact of the levy, while large employers are more likely to be putting plans in place to use young apprentices to cover the cost of the apprenticeship levy.

Just over half (53%) of medium-sized employers and a quarter (25%) of small employers say that the levy will result in either increasing their use of young apprentices or employing them for the first time.

This compares to three-fifths (60%) of employers with more than 1,000 staff planning to either to increase recruitment of young apprentices or to take them on for the first time.

Previous XpertHR research on the impact of the apprenticeship levy found that almost three-quarters of medium-sized employers (with 250 to 999 employees) and 29.3% of small employers (one to 249 employees) expected to pay the levy due to the size of their wage bill. This compares to 81.1% of large employers – those with more than 1,000 staff – who will be liable.

It is therefore possible that some SMEs could find that they need to increase their recruitment of young apprentices in future to recover these costs, once the full impact of the apprenticeship levy becomes apparent.

The apprenticeship levy will have a more limited impact on recruitment of older apprentices, according to XpertHR’s research.

Two-fifths (38.6%) of employers expect the levy not to affect their recruitment of apprentices from other age groups, while around one-fifth (22.9%) say it will lead to an increase and one in 10 (10%) will employ them for the first time.

Among the 90.7% of employers taking part in the young workers survey who have recruited young workers in the past 12 months, workers aged 16 to 24 comprise on average 35% of all new hires over this period. This number falls to 31.1% among the largest employers.

Among employers using job boards as a candidate attraction method for young workers, Indeed is the most popular choice.

Despite their widespread use, only around one employer in 10 rates either the organisation’s website or social media as the most effective candidate-attraction method for recruiting good-quality candidates. Employers rate online job boards, contacts with schools/colleges/universities and employment agencies as the most effective methods.