Changes to employment law in force from April 2010 include the replacement of the sicknote with a new fit-note system, a new right to make a request in relation to study or training, and a new right for fathers to take up to 26 weeks’ additional paternity leave where their partner returns to work early from maternity leave.

Under the new scheme to be introduced on 6 April 2010, the traditional sicknote from a doctor will be replaced by a ‘fit note’, which will advise whether an employee may be fit for work with some support, provide information on how the employee’s condition may affect what they do at work, and suggest common ways for the employer to help the employee to return to work, such as through altered hours or amended duties.

It seems unlikely that fit notes will be the solution to the UK’s absence problem. GPs are primarily the advocate of the patient they are treating and will have their health, and not necessarily their job, as their priority. Quite rightly, GPs are unlikely to want to compromise their relationship with their patient, nor will they want to add to their workload and police sickness absence for employers.

The burden will remain on employers to seek detailed information about an employee’s condition and then consider how the employee can be rehabilitated and what adjustments can be accommodated. While this may protect the employer from complaints from the employee, it will involve the employer incurring additional costs at a time when most businesses are working hard to keep costs down.

REQUESTS IN RELATION TO STUDY OR TRAINING

From 6 April 2010, employers with 250 or more employees will have a legal obligation to give serious consideration to requests from employees who want to take time off work to undertake study or training. The obligation will be extended to all organisations, regardless of size, from April 2011.

The new legislation mirrors the legislation providing employees with the right to request flexible working. There is the obligation to seriously consider the employee’s request, but no obligation to agree to it. Just as with flexible work, if there is “a good business reason” for doing so, an employer will be able to say no.

The business grounds for refusing are similar to those that apply to flexible-work requests and the same eligibility requirements apply. The employee has to have at least six months’ service and not have made a similar request in the previous 12 months. The same prescribed procedure has to be followed when making or responding to a request.The procedural requirements appear to be the main pitfall for employers, as there is a wide scope to reject a request.

On 6 April 2010, new legislation surrounding paternity leave comes into force and employers will face a raft of new laws to get their head around. The Additional Paternity Leave Regulations 2010 entitle employees who are the father of a child, or the mother’s spouse or partner, to take up to 26 weeks’ paternity leave in the first year of the child’s life. In essence, the couple will be allowed to share maternity leave where the mother returns to work any time after six months’ leave, leaving the father to take what is left of the maternity leave period. A similar right applies where one half of an adoptive couple returns early from adoption leave.

This is a significant extension of the current ordinary paternity leave entitlement of up to two weeks. While it is doubtful that the majority of fathers will want to take the full 26 weeks’ leave, the new laws could herald a significant culture change in the workplace.

Any data controller has always faced potential liability to unlimited fines but this is a significant administrative change. There is now no need to bring a prosecution; the Information Commissioner can impose a fine directly.

The commissioner will target serious contraventions of the established data protection principles where those contraventions are of a kind likely to cause substantial damage or distress and the contravention was deliberate or reckless.

The main purpose is to encourage compliance with existing obligations. Employers should expect security breaches and failures to respond to subject access requests to be particular targets. Emphasis will be on medium and large employers having good corporate governance policies providing for a compliance audit trail and risk assessments. The key areas for employers remain: the recruitment process; personnel records; and monitoring of telephone, internet and e-mail use.

The NMPA is the earliest age at which pensions and lump sums may normally be taken as ‘authorised payments’ under a registered pension scheme. Benefits that come into payment to a member below the NMPA after 6 April 2010 are likely to be ‘unauthorised payments’ attracting adverse tax consequences, unless falling within certain general exceptions, including: where the retirement is on grounds of serious ill-health; where the member, satisfying prescribed conditions, has a protected pension age; and where the member started taking those benefits before 6 April 2010 having reached the normal retirement age of 50.

Following reforms to the state pension system introduced by the Pensions Act 2007, from 6 April 2010, the number of qualifying years a person needs to receive a full basic state pension will be reduced to 30 years, regardless of sex. A system of national insurance credits is also being introduced to help parents and carers to build up entitlement to basic and additional state pension.

From 4 April 2010, the standard rates of statutory maternity pay, statutory paternity pay and statutory adoption pay will increase from £123.06 to £124.88. Statutory sick pay will continue at the rate of £79.15 per week.

The Employment Relations Act 1999 (Blacklists) Regulations came into force on 2 March 2010. They followed a high-profile prosecution by the Information Commissioner in 2009 relating to a blacklist of union members to which around 40 construction companies subscribed. 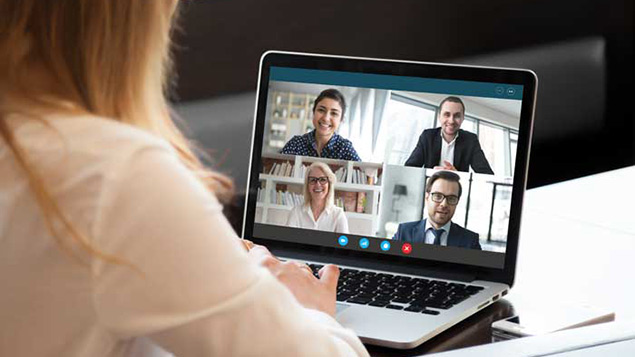 Employee Benefits Reset online series, which will take place 5 October to 16 October 2020, will play host to a...