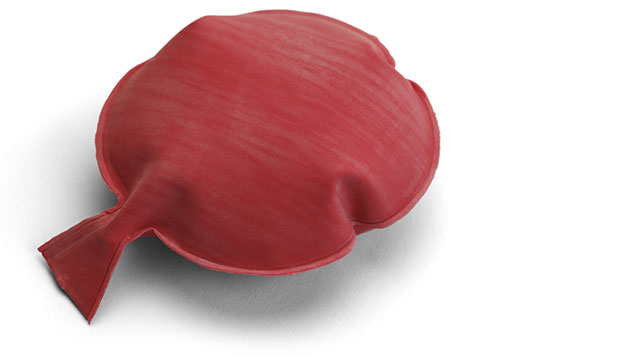 Workplace pranks are harmless fun most of the time, but there are occasions when a practical joke in the workplace can have serious consequences for both employers and employees.

Stephen Simpson rounds up seven employment law cases in which workplace pranks led to legal action, including allegations of misconduct leading to dismissal, harassment against colleagues and serious injury for which the employer could be liable.

Employer not liable after employee set fire to colleague during “horseplay”

In this 2015 decision, the Court of Appeal held that an employer could not be held liable for injuries caused by a prank gone wrong in the workplace after one employee set fire to another during “horseplay”.

Two workers in a bodywork repair shop were joking about when one set fire to the other with a cigarette lighter and flammable thinning agent, causing serious injury. The worker who was injured claimed that his employer was liable to compensate him for the injuries caused by the perpetrator’s actions.

The Court of Appeal reviewed the case law on employer liability for employees’ acts of violence and concluded that “frolicsome but reckless conduct” cannot normally be said to have occurred in the course of employment, meaning that it was inappropriate to impose liability on the employer in this case.

Workplace pranks: a history of violence

It has long been established that employers can avoid liability for practical jokes in the workplace if they can show that the jokers were acting on a “frolic of their own”, for example by doing something totally unconnected with work.

Two contrasting cases from the 1950s show this principle in action:

An employee’s wrist was broken when a colleague wrestled him to the ground as a practical joke. The colleague was a known practical joker and had a reputation for playing pranks. The employer had been aware of this for years.

The employer was found to be liable for the injury because it was obvious that the joker posed a danger, but it had done nothing to prevent him from committing further pranks.

A sales manager at a call centre was accused of attempting to touch a colleague’s testicles and bottom. The two men had a history of conflict.

The sales manager denied that he had done this, although he did admit that he liked “pranks” and could not rule out that he had made a “rugby gesture”.

The manager was dismissed and claimed unfair dismissal. The employment tribunal rejected his claim, deciding that the employer had a genuine belief based on reasonable grounds that the claimant was guilty of the alleged misconduct, and had carried out a fair disciplinary procedure.

An employee’s workplace prank can undermine the employer’s trust and confidence in him or her, and warrant summary dismissal, as this case demonstrates.

A large company dismissed the pub manager of one of its flagship venues. He was recorded on CCTV being pushed around in a wheelie bin by a female colleague. He fell out of the bin and embraced the woman. Damage to a door was later discovered.

The employment tribunal concluded that, although the manager was apologetic and admitted that getting into the wheelie bin was “a ridiculously stupid act”, his dismissal was fair because the employer had lost all trust and confidence in him to manage the premises on its behalf.

This case is a good example of how a practical joke in the workplace can have a sinister discriminatory undertone. It is also a reminder that it is possible for a heterosexual employee to be subjected to sexual orientation discrimination, even if the harasser knows that the employee is not gay.

Two members of staff took a heterosexual manager’s phone without his permission and updated his Facebook status to saying: “Finally came out the closet. I am gay and proud.” His colleagues knew that he is not gay.

The employment tribunal upheld the manager’s sexual orientation discrimination claim, concluding that the employer could be liable for the entries made on the phone. The entries had been made by its employees in the course of their employment. The employees’ actions took place at work and during working hours, and involved dealings between staff and their manager.

It is possible for an employee’s threat of a prank, without the joke actually being carried out, to be sufficient to create problems for the employer.

The claimant in this case is Sikh, and wears a turban. A radio-controlled toy helicopter was being flown around the office and being landed on various flat surfaces. Someone suggested that the toy helicopter be landed on the claimant’s turban.

The claimant brought a claim for religion or belief discrimination for various alleged incidents, including the toy helicopter incident. The employment tribunal upheld the claim, considering that an individual’s wearing of a turban is inherently connected with religion and, regardless of the intentions of the alleged harasser, the actions were discriminatory.

AM v GF and another (employment tribunal)

As with so many discrimination cases, this decision involves a “joke” that went badly wrong.

In a workplace in which “banter” and joking were commonplace, a female employee complained of an incident in which a male colleague “dropped his trousers, bent over with his hands on his knees, and was shaking his bottom”.

The employment tribunal held that, although there was evidence of a history of joking and that mooning was a “way of life” in this workplace and was used as a morale booster, the claimant’s colleague’s actions were unwanted and of a sexual nature. The tribunal upheld her sexual harassment claim.

Sometimes, a series of practical jokes that would not by themselves be viewed as serious can be used as evidence that there is something more serious behind employees’ attitudes to a colleague.

In this case, the employment tribunal held that the employer discriminated against the claimant on the ground of age by making him redundant because he was close to retirement.

The tribunal drew an inference of age bias against the claimant from this workplace’s frequent age-related practical jokes, such as changing the number plate on his car from “OAB” to “OAP”.