Micropreneur rights: how do we protect workers in the digital age? 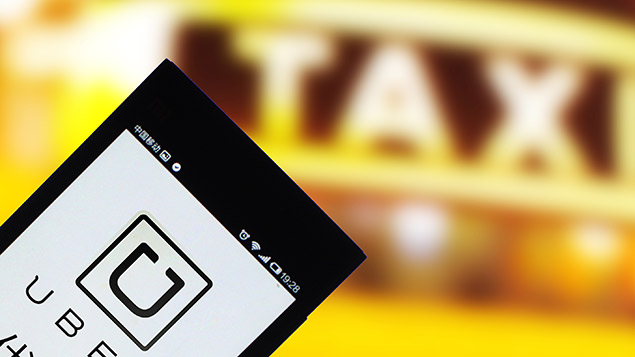 Uber's drivers work for themselves - is there a risk of exploitation?

As a new generation of online marketplaces, such as transportation service Uber, start to disrupt existing business models, the big question will be: how can we protect workers from exploitation on a potentially massive scale?

According to author and founder of advisory firm Collaborative Lab, Rachel Botsman, in her keynote speech at the HR Tech Europe show in London last week, a key issue here is the power shift that is beginning to take place.

“Power is shifting from centralised institutions to distributed connected networks and marketplaces, creating fear and massive change in how we access and create services,” she said.

The controversial Uber taxi service, for example, is now valued at $41 billion, but owns no cars or assets. The management also employ no staff in the traditional sense, but simply hook up people wanting a ride with people offering to provide one via their mobile phone apps.

But this situation inevitably raises a number of pertinent questions – are people who control their own schedules but can be fired by Uber if they get a low rating from passengers simply freelancers or independent contractors, or are they effectively employees? And are such people being empowered or exploited?

On the positive side, marketplaces of this type are opening up employment opportunities to a raft of people who have, until recently, felt marginalised. And we are not just talking millennials here.

As Botsman pointed out, the key so-called “micropreneurs” working for such sites are university students, stay-at-home parents, retirees and professionals who have been out of the workforce for a while or who find traditional nine-to-five jobs too rigid for their lifestyle.

On the downside, however, these workers receive no employee benefits, no guaranteed income, are often not in control of their pay rates and have all of the business risk transferred to them.

While Uber, and others like it, have been sued on a number of occasions by traditional taxi providers in California, the latest lawsuit against the firm will hinge on this very question of whether its workers should be defined as contractors or staff members.

However, as Botsman said: “Existing California law isn’t helpful here – it was developed over the course of the 20th century, but it’s not useful in the 21st century as the technology has outpaced the law. So the biggest question facing us in future is how to protect workers.”

This is particularly true in a future world where trust is a key currency and where an individual’s brand and reputation in such marketplaces is paramount if they want to be hired by others.

So, if tainted, by either fair means or foul, the potential repercussions could prove disastrous, making the future a scary place indeed.