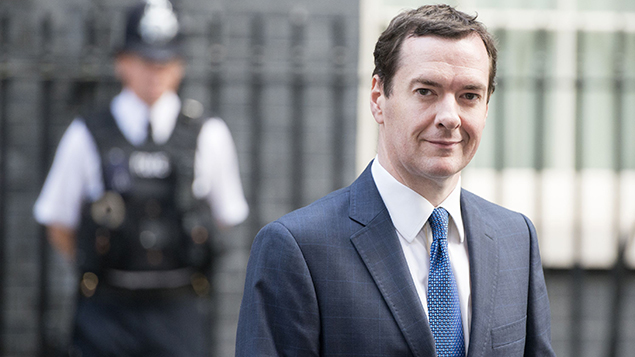 Employers will no longer have to pay national insurance contributions for apprentices, the Chancellor has announced in today’s Autumn Statement.

In the annual end-of-year review of government finances, George Osborne announced that the Government would support the creation of three million new apprenticeships over the course of the next parliament.

To make it cheaper to employ young people, employers will not have to pay national insurance for all but the highest earning apprentices under the age of 25, he said.

In the last Autumn Statement before next year’s general election, the Chancellor claimed that “for every day this Government has been in office, 1,000 new jobs have been created”, adding that 85% of these were full-time roles.

According to revised forecasts from the Office for Budget Responsibility (OBR), it was claimed that there will be “meaningful” wage growth, which will pick up through 2015 and will grow at rates above inflation for the next five years.

This comes in contrast to XpertHR’s recent annual survey of pay prospects, which found that pay rises will remain subdued throughout 2015 and beyond. It predicts that pay awards will be worth just 2% in the year to August 2015.

Sheila Atwood, pay and benefits editor at XpertHR said: “The employers from across the private sector that we spoke to are predicting pay rises of 2% – while many public-sector workers can expect increases worth an average of up to 1%. Both these figures are below the 2.2% 2015 RPI forecast from the OBR.”

Mark Beatson, chief economist at the CIPD, said: “If average earnings grow faster than inflation at all in 2015, it will be because inflation is below target, not because of higher pay growth.”

Responding to the Chancellor’s claims, shadow chancellor Ed Balls was quick to point out that in the full Economic and Fiscal Outlook from the OBR, wage growth was shown to be weaker throughout the last Parliament, creating a squeeze on family budgets and tax revenue.

The announcements also included revisions to tax thresholds, with the threshold for paying the higher rate 40% tax rate going up to £42,385, with a view to pushing this up to £50,000 by the end of this decade.

The personal allowance – the amount someone earns before they have to start paying income tax – will go up to £10,600 in 2015, a little higher than the £10,500 threshold announced in October at the Conservative Party conference.

Finally, the Chancellor confirmed that major pension reforms due to take place from April next year would go ahead, including the abolition of the 55% “death tax”, which is incurred when someone dies and wants to pass their savings on to a loved one.