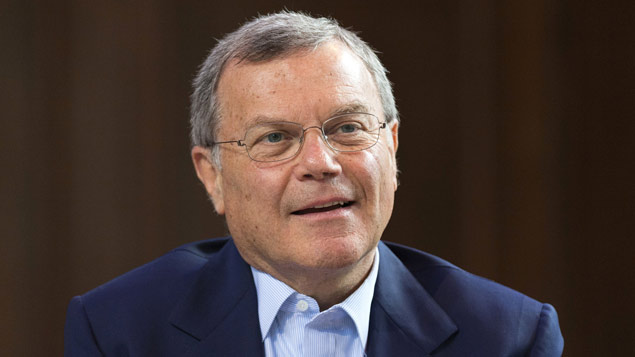 CEOs of FTSE 100 companies earn almost 150 times the average employee in their organisation. With calls for greater transparency, would publishing pay ratios balance things out? As proposals to force companies to publish excessive salaries are fast-tracked by Downing Street, Ian Glendinning looks at the some options for pay ratios.

Theresa May recently claimed that there was “an unhealthy and growing gap between what these companies pay their workers and what they pay their bosses”.

Pay forecasts for the private sector

We are also seeing tougher reporting requirements and repeated calls for increased transparency on pay, while investors are questioning the discrepancy between big pay deals and lower returns.

The latest figures from the High Pay Centre show that in 2015, the ratio of pay between the CEO and average employees in FTSE 100 companies was 147:1.

That means that for every £1 the average employee in that company was paid, the CEO was paid £146 more.

It was hoped that the national living wage would force pay up from the bottom to help close the gap between the lowest and highest paid, but could publishing CEO pay ratios be the answer to restraint at the top?

Being able to clearly see the relationship between the highest paid individual and the rest of the workforce brings executive pay back down to a comparable level, reinforcing the belief of being in the same company and “all in it together”.

We have recently seen CEO pay deals rejected at a number of high-profile companies such as Burberry, BP, Anglo American and Deutsche Bank.

While it is unlikely that a pay ratio calculation in these instances would have had a significant influence on the shareholders’ vote, there will be some remuneration committees or investors that would benefit from this increased understanding of pay in their organisation.

Pay ratios allow for a yardstick of pay comparison between similar organisations and the benefit of comparison against competitors.

It can also be argued that fixed pay gaps are a positive influence on motivation and act as an incentive for career progression. The implementation of pay ratios adds definition and a quantum of reward for progression.

As reporting requirements become more detailed and pay becomes more transparent, it is becoming easier for individuals to understand their reward packages in comparison to their peers.

For example, if you know the national minimum wage and the highest bracket paid to directors (as published in annual accounts), you have some idea.

But plotting your value somewhere on that spectrum without that is quite difficult. Am I paid well compared to my peers? How can my pay progress over the next few years?

When we add the gender pay reporting detail that is due next year, we will know the average salary for males and females and the pay quartiles in our organisation.

All of a sudden, an employee can build a clearer picture of how pay is structured in their organisation and can readily see where their pay sits in the spectrum.

The potential reward for moving up the career ladder is much more quantifiable.

The problem with pay ratios

All that taken into consideration, it is very difficult to establish a recommended, “one-size-fits-all” ratio that businesses should be achieving.

Pay ratios do not take into account the complexity of the business, or the sector that the business is operating in.

Does the fact that the CEO of Tesco earns more as a ratio of the average Tesco employee mean pay is less controlled or unfair?

There is also a clear difference between sectors. Among Innecto’s clients, charity employers have the lowest ratios for obvious reasons, the second lowest sector is pharmaceutical and bio-technology, and those with the highest pay ratios are all in the retail sector.

There is a clear correlation between the proximity to customers and the complexity of the product or service provided. The closer you are to your customers for simple transactional business, the higher your pay ratio will be.

Arguably, this is ultimately governed by the business model – the skill-set required of those employees.

So while a pay ratio is an important piece of evidence for CEO pay, it is only part of the picture and it is more important to ensure that the pay reflects the operating model of the business and value of return.

Where pay ratios are used, it will require discipline to ensure that they are being compared against like-for-like businesses and not setting unrealistic expectations of pay levels.

Rather than using pay ratios, it might be more appropriate to use other measures that look at the value generated by an organisation or the size and complexity of the business.

For example, comparing a CEO’s pay against turnover, would help to give an indication of the complexity and scale of the business they are leading.

Ultimately, pay needs to be comparable to your sector and there are a vast number of metrics that can be used to determine this.

A key discussion to have is to identify their comparators. Where do they recruit from? Where do they lose people to? What business are they trying to grow?

Many of Innecto’s clients find themselves in a rapid growth curve – so their competitors now might not be the same competitors in 12 months’ time and business could change significantly in that period.

In this case, reward might be targeted towards where the business aspires to be, in order to ensure that the right talent is there to make it a reality.