What is the HR role in disciplinary procedures after the Ramphal case?

By John Charlton on 7 Sep 2016 in Employment law, Discipline 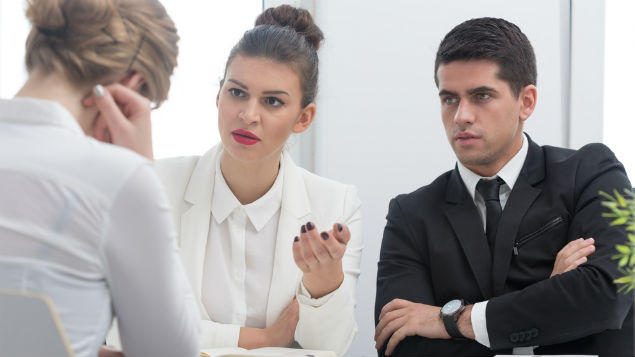 A recent case has caused uncertainty about the HR role in disciplinary procedures. HR should certainly not be judge, jury and hangman, writes John Charlton.

“Know thy place” is an apt epithet for HR managers and directors embroiled in disciplinary cases, especially in the light of the Employment Appeal Tribunal’s (EAT) ruling in Ramphal v the Department for Transport (DfT).

In brief, aviation security compliance officer Ramphal won his appeal against unfair dismissal on the grounds of gross misconduct after the EAT decided that, for one thing, the DfT’s HR function had gone beyond its remit in advising the investigating officer, an ingénue who was also conducting the disciplinary hearing, on matters relating to the employee’s culpability and credibility.

The case raises the key issue of what is the HR role in disciplinary hearings and its limitations. Clearly HR may well have an important part to play, but above all its involvement should be transparent and open and stay within bounds.

Dismissal and the HR role in disciplinary procedings: case report

Order of proceedings for a disciplinary appeal hearing

“It is clear from the Ramphal case that it is perfectly legitimate for HR to give advice and guidance… about legal issues and the procedure that an investigating or disciplinary officer should follow,” says Simon Rice-Birchall, employment partner at Eversheds.

“HR can also give advice on the way an investigation report is presented, to ensure it addresses all necessary issues. It can also make the disciplining officer aware of previous cases involving other individuals to ensure consistency,” Rice-Birchall adds.

“If this is all HR is doing then there is no need to specifically ‘declare’ it.”

Ironically, one of the points made in the EAT case was that the DfT had ignored principles set out in an earlier case, Mental Health NHS Trust v Chabra, where the employer was found to have breached the employee’s right to a fair hearing as an HR adviser had amended the investigating officer’s report.

Rice-Birchall adds: “If HR is to have a role in deciding on guilt or innocence or the level of sanction that should be imposed it needs to be upfront with the employee about this. Where problems can arise, as the Ramphal case demonstrates, is when HR is pulling strings and exercising influence behind the scenes.”

This applies especially to cases where the disciplinary officer is inexperienced and seeks HR’s advice.

EAT judge Daniel Serota heard the Ramphal v Department for Transport case in February 2015 with the ruling made public in September last year.

The case was expected to go to the Court of Appeal, but was settled out of court last December.

At the root of the case were allegations that Ramphal, an aviation security compliance inspector employed by the DfT, had overstepped the mark in his expenses claims.

He was entitled to a hire car to help with his duties and was issued with a credit card to pay for this, and associated expenses, incurred in the course of his work.

In February 2012, Ramphal’s travel and subsistence expenses were audited and some concerns raised.

The case was investigated by the DfT’s head of land security compliance, Mr Goodchild, who also conducted the disciplinary hearings.

After several hearings and draft reports, Ramphal was dismissed on grounds of gross misconduct. He then took a case for unfair dismissal to the employment tribunal which found against him.

But at the subsequent EAT hearing, the judge found in favour of Ramphal, basically on the grounds that the DfT’s HR function had gone beyond its remit in advising Goodchild by, for example, trying to influence him on how to interpret evidence and what level of disciplinary sanction should be applied.

Judge Serota said: “In my opinion, an investigating officer is entitled to call for advice from HR, but HR must be very careful to limit advice essentially to questions of law and procedure and process and to avoid straying into areas of culpability, let alone advising on what was the appropriate sanction.”

Amanda Jones, employment partner at Maclay Murray Spens, says: “Decision-makers are usually extremely cautious about getting their decision right and will want assurance and guidance from HR. While they are entitled to do this, HR must be extremely careful and limit advice to issues of law, procedure and process. It is not for HR to comment on appropriate sanctions and it must clearly advise the decision-maker that they must reach their own conclusions.”

It should be noted that “the law shows some flexibility for smaller employers”, says Martin Pratt, partner at Gordon Dadds. “Where there is a separate HR function…the law expects HR to make sure the advice it gives to any investigator is limited to procedure and process and also, perhaps, the law.”

Draft reports and the HR role in disciplinary procedures

Of course, it’s very tempting for HR management, especially if it has wide experience of disciplinary hearings, to pass comment and advice on a case – more so if the investigating officer is a novice. In the Ramphal case, Mr Goodchild submitted drafts of his reports to HR for its scrutiny. However, such draft reports may be used as evidence should an unfair dismissal case ensue. This was so in Ramphal v the Department for Transport.

Is there anything HR should do to ensure draft reports are inadmissible in legal proceedings?

The answer is largely ‘no’. Pratt says employers should assume that “all such advice, unless it is produced by in-house counsel or external lawyers, is always disclosable at a tribunal or in court. Employers are under a duty to disclose all those documents which are in their possession or control that are relevant to the dispute. It is vital that employers appreciate that ‘relevant’ documents include not only those that support its case or hurt the employee, but also those that support the employee’s position or undermine its own.”

Advice from lawyers in disciplinary procedures

The only advice, says Pratt, that may not be subject to disclosure is that produced by in-house or external lawyers. “Such advice is usually protected by legal professional or litigation privilege. Advice produced by HR professionals, unless they are legally qualified and have a dual role as a legal adviser, will always be disclosable even if it is marked ‘confidential’.”

The wise employer will also tell HR to be specific as to who is dealing with lawyers in a given case. In such instances the person(s) requesting legal advice is the client and they should be named as such.

“Employers should ensure that named individuals are tasked with taking legal advice on a particular case and that those individuals take steps to protect privileged information,” says Emilie Bennetts, senior associate at Charles Russell Speechlys. “For example, emails received from lawyers containing advice should not be forwarded internally as they could lose the protection.

“Employers should also be aware that background documents that might be provided to a lawyer when seeking advice will not benefit from legal advice privilege if they existed before the need to take advice arose – because they were not created for the purpose of giving or receiving legal advice.”

Limitations placed on HR advice in the disciplinary process

For its part, the CIPD says it produced a report on the Ramphal case for members on its website, replete with advice on HR’s role in disciplinary hearings. Rachel Suff, CIPD employment relations adviser, says its guidance on conducting disciplinary investigations “is consistent with this (Ramphal) case law as well as the Acas guidance on conducting workplace investigations, which states ‘while an investigator may seek advice from a third party such as HR, the conclusions should be their own’.

“Ideally, HR advice should be limited to questions of law, procedure and process,” says Suff. As for the Acas code itself, a spokesman said it has not been revised in the light of the Ramphal judgment. “We do recommend that wherever possible different people should carry out a disciplinary investigation and hold a disciplinary hearing to ensure that the process is as fair and unbiased as possible.”

The code focuses on the role and remit of the investigator, and how to conduct an investigation. It gives more detail on body language and listening than it does on the specific role of HR. But it does state that if unexpected issues arise or if advice is needed then the investigator may turn to HR for advice.

It also stresses that different and appropriate individuals should handle each stage of a disciplinary process: an investigator to gather the facts; a decision-maker to consider further action if need be; and an appeal hearer, preferably a person senior to the investigator. It does acknowledge that this approach may not be feasible in smaller organisations.

Post Ramphal, says Jones, “businesses should ensure they have appropriate policies in place to make certain that employees fully understand the business’s disciplinary process, how it will be conducted and who will be involved. “It should comply with the Acas code…although failure to follow the code will not necessarily make a business liable to proceedings.”

Employers must also ensure transparency, says Pratt, so “that there can be no accusation that the employer is behaving in an unfair manner. The risk is that by not being transparent…accusations of unfairness will prosper and the risk of a claim will grow accordingly.”