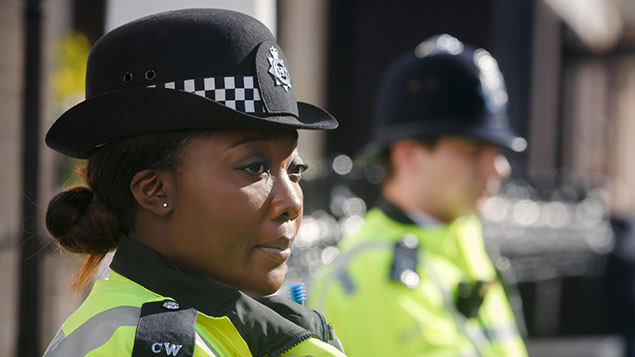 Police forces in England and Wales have succeeded in attracting more women and people from Asian backgrounds, but are failing to attract people from other ethnic groups – especially in police officer roles.

Although there has been an increase the number of female, Asian and mixed ethnicity police officers since 2007, black representation has barely increased, according to analysis by the Police Foundation think tank.

A third of BAME employees asked to westernise their name

Its A diversity uplift? report, which analysed Home Office data, finds that between 2007 and 2018:

The report says the story behind the figures is “more complex than BAME versus white”.

“In particular, we can see that while there has been good progress increasing the recruitment of Asian and mixed ethnicity police officers, and especially Asian men, recruitment of male and female black and female Asian officers has been much slower, and as such we should always keep in mind the importance of looking beyond the broad BAME grouping and having in mind the intersections between race and gender,” author Gavin Hales, senior associate fellow at the Police Foundation, says.

However, conversations about ethnic diversity in the police at a national level are “meaningless”, the report notes, as the diversity of police forces is often dependent on the diversity of the areas they serve.

While there has been good progress increasing the recruitment of Asian and mixed ethnicity police officers, and especially Asian men, recruitment of male and female black and female Asian officers has been much slower” – Gavin Hales, Police Foundation

“Nevertheless, to the extent that there will always be a national focus, efforts to boost diversity nationally will inevitably be heavily skewed towards a small number of forces. The degree to which the 20,000 officer uplift [as planned by the government] can boost ethnic diversity will, it seems, in part depend on which forces get more officers.”

It says it is particularly striking that the Metropolitan Police has been successful at attracting black recruits for PCSO and police staff roles, but less so for police officers. “This raises some interesting questions about whether the barriers to recruiting black police officers are concerned more with the specific nature of the police officer role and the powers and responsibilities that accompany it, rather than for example the MPS as an employer,” it adds.

The National Police Chiefs Council (NPCC) lead for workforce diversity, chief constable Ian Hopkins, told the Guardian: “The proportion of black, Asian and ethnic minority officers and staff is at its highest ever level but we recognise we have been far too slow to increase diversity and we know there is still a long way to go so that policing is truly reflective of the communities we serve.

“Everyone in policing knows how important it is that communities can relate to and feel represented by us.”