A third of BAME employees asked to westernise their name

By Jo Faragher on 23 May 2019 in Ethnicity, Workplace culture, Equality & diversity, Latest News 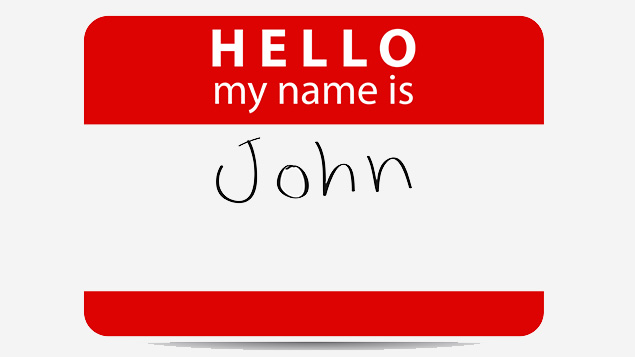 Almost one in three ethnic minority employees have been asked to adopt a ‘Western’ work name by a manager – despite this being an unlawful request.

According to figures from law firm Slater and Gordon, three out of five workers felt their career would suffer if they did not westernise their name.

Of those that did submit to the request, 20% said it was because they feared judgement, 19% were worried about discrimination, and 18% wanted to save colleagues the embarrassment of mispronouncing their name.

More than a third of black and minority ethnic (BAME) workers (34%) had abandoned their birth name on their CV or in the workplace at least once in their career.

Under the Equality Act 2010, treating someone differently or less favourably based on their race is direct discrimination.

One in three respondents to the survey felt that workplace inclusion had not improved during their career, while a fifth thought it had got worse.

Ruby Dinsmore, an employment lawyer at Slater and Gordon, said: “It is shocking that in 2019 employees are still being explicitly or implicitly pressurised by managers to change their names.

“Although many were not asked outright by their boss to change their name to more Western sounding names, many said they felt pressurised into doing so to make it easier for their colleagues as they had difficulty pronouncing their real name.”

Twenty-eight percent of those that did use a Western work name felt they were offered more roles, and 27% said they were invited to more interviews.

Almost four in 10 BAME workers had adapted other aspects of their identity to ‘fit in’ at work. This included changing their appearance, what they ate and adhering to other religious or cultural practices.

The average age for someone to take on a Western work name was 19, the firm found. Thirty percent had picked a name at random, 24% took one from a film or TV show, and 12% had heard their ‘new’ name in a song.

Dinsmore added: “Feeling the need to change your name to avoid bias or potential discrimination at work is not something BAME employees should feel they need to do in 2019, but unfortunately our research reveals many feel they have no option.

“Feeling the need to change your given name to conform, aid your employer or your colleagues is demoralising and can cause tensions at work. It shouldn’t be expected of an employee, and BAME employees should not feel forced into this position.”