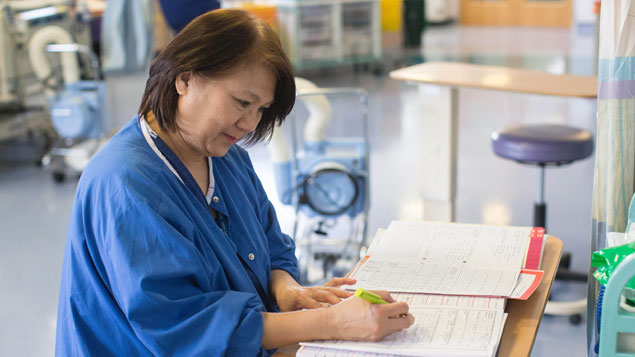 The ban on certain agency staff in the NHS, which was due to come into force on 1 April, has been dropped.

The new measures would have restricted trusts from hiring agency nurses and locum doctors who are also employed as “substantive staff” in the NHS.

Reform to intermediaries legislation in the public sector takes effect

Substantive employment, in the context of the NHS, means someone who already has a contracted role within the NHS but takes on additional work from time to time.

A survey by the REC found that, in 94 of the 195 trusts it polled, more than half of the agency workers they use are also employed substantively by the NHS, and the recruitment industry body claimed it would “remove a lifeline” from hospital trusts who rely heavily on agency skills.

NHS Improvement (NHSI), the NHS regulator, had hoped that the ban would cut 25% from trusts’ agency worker bill. The plans were withdrawn at the last minute, on 31 March.

The REC’s survey found that more than three-quarters of recruiters thought candidates would focus more on the private sector for additional shifts than the NHS if the ban came into force. More than half (55%) said candidates may choose not to work additional agency shifts at all.

The Royal College of Nursing (RCN) had also reacted angrily to the agency workers ban, even suggesting to members that they lodge disputes with trusts that prevent them from working in their own hospitals where they have substantive NHS contracts, and to make “whatever employment/bank/agency arrangements suit them and their families”.

The RCN estimated that a nurse working an average of five extra hours per week through an agency would have been £1,100 worse off per year before tax. Forty per cent of RCN nurses said they would look for work in the private sector if NHS rates were reduced.

Janet Davies, general secretary of the RCN, welcomed the reversal of the ban, commenting: “This was an ill-conceived plan by NHS Improvement and [the] U-turn will be welcomed by nursing staff across the country.

“For many NHS nurses, the only way to ensure a decent income is to undertake additional work through an agency. They would not have to do this if NHS pay had kept pace with inflation in recent years.”

REC chief executive Kevin Green added: “We are delighted NHSI has seen sense and stepped back from this hastily proposed ban which risked throwing the NHS into chaos.

“It’s the right thing to pause and think again having listened to the feedback from us, our members and other stakeholders like the RCN, and to the voices of all the nurses and doctors who work so hard in the NHS, no matter what their employment status.

“We are committed to working with NHSI to help develop flexible staffing models for the NHS that ensure safety and sustainability for patients and workforce alike.”

NHSI chief executive Jim Mackey said the decision to reverse the ban had come after listening to staff concerns.

“We have listened and responded to the feedback from nurses about the latest agency rules on substantive staff,” he said. “We’re committed to getting it right for nurses and doctors alike and making sure the system and the way staff can work is fair and equal, which is why we’re taking more time to work with the sector.”

This article has been updated due to a change in NHS policy. It was originally published on 27 March under the headline ‘Ban on agency staff will remove “lifeline” from NHS’.