Banker was dismissed because of age, tribunal hears 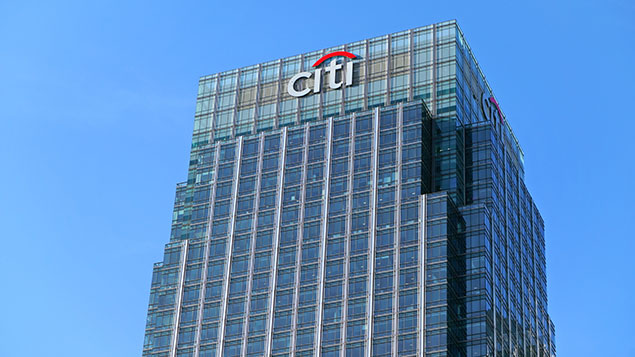 An employment judge has ruled that global bank Citigroup was guilty of age discrimination when it dismissed a 55-year-old banker who had been told by his boss: “You are old and set in your ways.”

Niels Kirk, a managing director for energy banking was unfairly dismissed in November 2017, judge John Goodrich decided. He had worked at the company between June 1991 and 27 November 2017.

Mr Kirk, who had made his claim in February 2018, had been given no notice of a proposed restructuring and that he’d been chosen for redundancy. His boss, Manolo Falco, global co-head of banking, denied telling Mr Kirk he was “old and set in his ways” but the judge found Falco’s evidence to be less convincing than Mr Kirk’s, who had been taking notes at the meeting.

Another senior banker, Zdenek Turek, told the claimant in his year-end assessment for 2015: “The team is stronger, with the time coming to provide the next level of bankers with more opportunities to demonstrate the quality and depth of their customer relationships and deal management capabilities.”

Citigroup did not accept, the ruling stated, that the comment indicated that bosses felt Mr Kirk should make way for younger employees, but simply expressed the need for senior manager to develop and improve the skills of team members.

Mr Kirk’s record at the firm was scrutinised in detail. It was seen that he had generally very good ratings and feedback with some decline over the past few years. One boss, Ashu Khullar (co-head of corporate banking EMEA), had said there were concerns about Mr Kirk’s partnership skills based on the feedback received in the 2015 and 2016 performance review processes. But the tribunal was sceptical about explanations for the replacement of Mr Kirk with the slightly younger Marie-Christine Olive.

Tom Isaac (another senior banker who managed the claimant) carried out a “stress-testing exercise” by comparing Ms Olive’s skills with those of Mr Kirk. But Mr Kirk contended that this was not meaningful, because the decision to replace him had already been reached, the tribunal heard.

It was also found that before Mr Isaac and Mr Falco met with Mr Kirk on 25 September 2017 to notify him of the proposed restructure, they had already met Ms Olive to inform her that she was their preferred candidate for the position and check that she wanted the role.

It was noted that human resources had not kept hardly any records of meetings between Khullar, Isaac and Falco; the court heard it was normal for HR to keep such records.

After being informed of the decision to oust him, Mr Kirk emailed Mr Falco and Mr Isaac I can only assume that your decision to pass me over … does not have anything to do with skills or experience/expertise but rather my age (which is strange as I have as much energy and commitment as ever). He later made the allegation concerning Mr Falco’s “set in your ways” comments, claiming that he didn’t want to inflame the situation further at the time.

The judge ruled that Mr Falco’s perception of Mr Kirk was that he was old and set in
his ways and that Ms Olive was not.

However, while Mr Kirk’s claim of unfair dismissal succeeded on the grounds of unlawful age discrimination, allegations of indirect age discrimination relating to the awarding of lower grades in recent years, failed. This was, in part, because having been at the company for 26 years had there been a policy of giving lower grades as people entered their mid-fifties, Mr Kirk would have become aware of it previously.

Citigroup is likely to appeal because it claims the fact that Mr Kirk’s successor, Ms Olive, who was 51 at the time of her appointment, was close in age to Mr Kirk showed that it was not applying a discriminatory policy on the grounds of age.

A Citi spokeswoman said: “While the tribunal did not uphold all of Mr Kirk’s case, we are disappointed with its decision regarding his termination, particularly given the small age gap between Mr Kirk and the employee who was ultimately appointed to the role.”

The tribunal heard that of 51 managing directors in City’s European corporate banking unit, 15 were aged over 50 and three were over 55. Mr Falco, who himself is in his mid-fifties, told a hearing last year that “Grey hair is very important in this industry.”

The judge’s ruling encouraged both parties to come to an agreement and left the judgment on whether the claimant might have been dismissed had fair procedures been followed until the remedy hearing, if the parties had not settled the case.