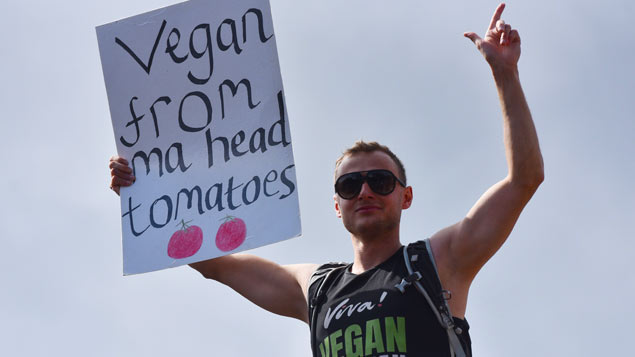 As the New Year’s fireworks finally faded, the first big employment decision of the year hit the headlines: ethical veganism is a philosophical belief. The judgment has been widely reported and lauded by some as ground-breaking, but what does it really mean for employers?

Philosophical belief under Equality Act can include left-wing beliefs

Belief in proper use of public money can be philosophical belief

As much as the decision garnered national press attention, the judgment does not break any new legal ground. The law at the end of the last decade is the same as it is now. It is nonetheless significant that a belief such as ethical veganism has been found to satisfy the well-established test for a philosophical belief, and the publicity around the decision means it would not be surprising to see this and similar beliefs the subject of future workplace disputes.

The case itself concerned Jordi Casamitjana, who claims he was unfairly dismissed by the League Against Cruel Sports due to his belief in ethical veganism (an ethical vegan being someone who not only follows a vegan diet, but opposes the use of animals for any purpose such as clothing, entertainment, testing drugs or cosmetics). The League has contested that he was dismissed for gross misconduct.

The preliminary question at Mr Casamitjana’s employment tribunal hearing was whether his belief in ethical veganism constituted a philosophical belief for the purpose of qualifying for protection under the Equality Act 2010. Determination of that question relied on the application of the well-established guidance from the 2010 decision in Grainger plc and others v Nicholson – which concerned an employee who claimed his role was selected for redundancy first because of his belief in climate change.

In that case the Employment Appeal Tribunal summarised a number of criteria which must be satisfied for a belief to be protected, including:

In his case, Mr Casamitjana argued that ethical veganism satisfied all these conditions. He sincerely and genuinely believed in it and asserted that; ethical veganism carries a moral imperative and is not merely a viewpoint based on evidence; the relationship between humans and creatures is a substantial part of human life and has sweeping consequences on human behaviour; the belief improves a functioning democratic society (for example, through its environmental benefits); and finally, that the belief is sufficiently intelligible that it is capable of definition.

Perhaps one of the reasons that a first instance employment tribunal decision has garnered so much attention is the ever-increasing profile and popularity of veganism. With big brands such as Ben & Jerry’s releasing vegan options, fast-food chains developing vegan menus and major supermarkets offering substantial vegan ranges, it is big business as well as big news. There is no doubt that this decision is far more important now than it would have been at the start of the last decade.

There is, though, an important distinction to make. The tribunal’s decision focused on ethical veganism. The simple fact that an employee might choose to follow a vegan diet would not satisfy the requirements for a philosophical belief in the way that ethical veganism was found to here.

While the distinction between those who follow a vegan diet and those who believe in ethical veganism is therefore important, employers may find it difficult to know which camp a particular employee falls into. Employers may need to err on the side of caution to avoid making the wrong assumption.

Where employees do hold ethical vegan beliefs the implication of the tribunal’s decision is that those individuals must not be treated less favourably because of those beliefs.

Perhaps more interestingly is the potential for indirect discrimination, with employees alleging that something about the way their employer operates puts them at a disadvantage compared to those who do not share their beliefs: e.g. a dress code that requires all employees to wear leather shoes or woollen jumpers, or a rota that requires staff to take turns to buy meat-related products for staff lunches.

As with all forms of indirect discrimination, it is possible for employers to demonstrate that the policy or practice is justified as a proportionate means of achieving a legitimate aim, but it is a step that many employers will not have had to consider in the past and will require some thought to minimise the risk of an employee bringing a claim.

The tribunal’s decision shows the potentially far-reaching scope of what will amount to a philosophical belief, albeit determining what will meet the threshold is not an easy exercise.

While the distinction between those who follow a vegan diet and those who believe in ethical veganism is therefore important, employers may find it difficult to know which camp a particular employee falls into. Employers may need to err on the side of caution to avoid making the wrong assumption.”

As ever, cases will turn on their own facts and it is worth noting that the pool of protected philosophical beliefs remains fairly shallow. That said there is little doubt that the boundaries will continue to be tested, and employers should be prepared for employees to challenge decisions or practices which affect a wide range of other beliefs.

It is clear that the tribunal’s decision is big news and its publicity alone is likely to raise awareness among employees of the potential scope of protection. With that increased awareness we would expect to see this and other beliefs finding their way into workplace disputes in a way they may not have previously.

So while the decision may not be legally ground-breaking, it has certainly shaken the foundations and should keep employers on their toes in this challenging area.

Colin Godfrey is a senior counsel in the employment, pensions and mobility group at Taylor Wessing.
View all posts by Colin Godfrey →
Previous Article
Next Article