By Adam McCulloch on 14 May 2018 in Financial services, Latest News, Whistleblowing 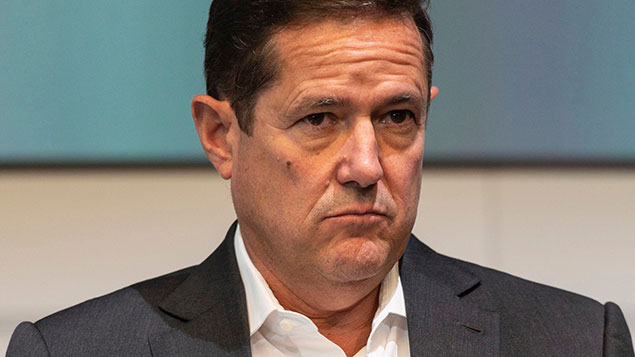 Barclays chief executive Jes Staley was last week fined £642,430 for breaking rules by attempting to identify a whistleblower. The bank has also cut £500,000 from Staley’s bonus.

The Financial Conduct Authority and the Prudential Regulation Authority said Staley failed to “act with due skill, care and diligence” in his response to an anonymous letter received in June 2016 concerning the appointment of former JP Morgan senior manager Tim Main to head up Barclays financial institutions in New York. Main was a friend and former colleague of Staley and the Barclays boss deemed the letter an “unfair attack” and attempt to maliciously smear Main.

While trying to find out the letter writer’s identity, Barclays sought assistance from the US Postal Service, which was told that the letter contained a threat to the bank that amounted to criminal activity. Officials from the service later said that had they known the true nature of Barclays’ request they would not have assisted the bank.

Mr Staley said: “I have consistently acknowledged that my personal involvement in this matter was inappropriate, and I have apologised for mistakes which I made.

“I accept the conclusions of the board, the FCA, and the PRA, following their respective investigations, and the sanctions which they have each applied.”

The watchdogs have each fined Staley 10% of his £4.5m total pay package but the total was reduced from £917,800 after he agreed to settle at an early stage of the investigation.

The FCA’s executive director, Mark Steward, said: “Mr Staley breached the standard of care required and expected of a chief executive in a way that risked undermining confidence in Barclays’ whistleblowing procedures. Chief executives must act with a high degree of care and prudence at all times.

“Whistleblowers play a vital role in exposing poor practice and misconduct in the financial services sector.”

Barclays said the regulators had not found Staley was unfit to continue as chief executive but it took the integrity of its controls seriously and had made “a very significant adjustment” to his 2016 compensation. It acknowledged that the question of Staley’s continued employment at the bank had been raised but most shareholders wanted him to remain in post.

The FCA and PRA said this was the first case they had brought under the conduct rules included in the Senior Managers Regime, which came into effect in March 2016.

Some lawyers in the financial sector regarded the fine as lenient. Mary Inman, partner at Constanine Cannon, who specialises in representing whistleblowers, told The Telegraph she believed the fine was “pitifully low”.

She said: “This is bus money for Jes Staley.  He gets to keep his job and pay a fine that is a tiny fraction of his annual compensation for one year.”