The machines are starting to talk: How HR will gain from voice technology 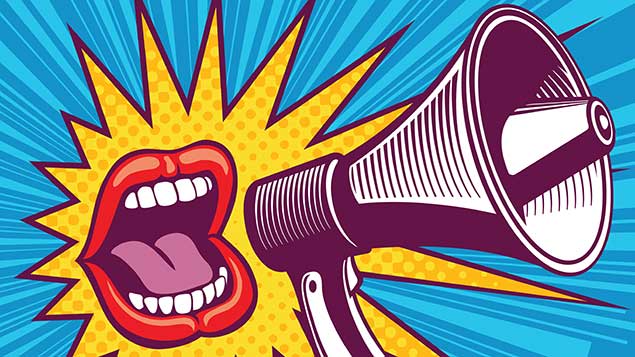 As consumers we’re now used to conversing with Siri or Alexa, but how will the proliferation of this technology in the workplace support wellbeing and engagement? Andrew Wayland from Alexander Mann Solutions predicts immense benefits from the rise of voice technology at work.

How technology can transform employee healthcare

Technology is disrupting work: What do staff think?

The concept of communicating verbally with machines has long been synonymous with “the future”: think Knight Rider, The Jetsons and Westworld.

However, the ability to converse with technology is no longer confined to science fiction – just ask Siri. In fact, research from ComScore shows that 50% of internet searches will be voice activated by 2020.

This proliferation of conversational technology offers HR leaders the potential to boost wellbeing and both candidate and employee engagement by providing a consumer-grade, personalised, experience across all touchpoints.

Computer and cognitive scientist John McCarthy, who coined the term “artificial Intelligence” in 1956, once said that “as soon as it works, no one calls it AI anymore”. He was right. Just look at the fact that sales of Amazon’s Echo during late 2017 were on par with those of the first iPhone.

This Law of Accelerating Returns means that the rate of technological innovation grows ever more rapid, and although the idea of the end of typing and touchscreens may seem far-fetched to some, it is unlikely to be long before this is seen as the norm.

From an HR perspective, this rise of conversational technology looks set to remove workplace barriers to efficiency and motivation that technology has often created.

According to McKinsey, productivity improves by 20% to 25% in organisations with connected employees, yet too often clunky systems hinder our ability to engage. Speaking aloud to a personal assistant or remote colleagues through wearables, on the other hand, is an instinctive and fluid way to communicate.

Conversation is an innate way to gain social support, perspective and resilience.

We’re hard-wired to converse. Research shows that isolation’s impact on health can be compared to smoking or obesity. Today, communicating with technology in the way that comes most naturally to us has been made possible thanks to rapid advancements in machine learning and natural-language processing.

The human brain is the most complex object in the known universe, and while conversational technology is still in its infancy and machines are yet to “understand”, they can extract the intent in verbal commands.

These interfaces essentially take context into account, resulting in an experience that goes some way towards emulating real human conversation, and delivers the associated cognitive and business benefits, including increased wellbeing and productivity.

A 2010 study by the University of Michigan confirms that social interactions can enhance core mental capacities and that executive functions, including conversation, are a basic component of mental fitness.

However, in her book, Reclaiming Conversation, MIT professor Sherry Turkle presents the compelling evidence that we, as a society, are moving away from “conversation that is open-ended and spontaneous, conversation in which we play with ideas”.

While HR leaders may not be ready, or able, to implement conversational technology within their own organisation just yet, communications strategy should be mindful of audiences who are already comfortable with it”

She puts this down to the exponential rise of email, SMS and social media – and argues that this has shaped the way we now interact face-to-face: we say something, and then sit back and wait for the responses to come in. She outlines how we have become accustomed to editing messages so that we can be more “ourselves” and make sure we say things “just right.”

However, she argues that good conversation does not operate on the principle of efficiency. The rise of conversational technology looks set to change that – it is quite literally rewriting the rules of engagement.

What’s more, these advancements in conversational technology may already be influencing HR operations. For example, the speech patterns used in voice-activated web searches differ from the abbreviated key words which are typically typed into a search bar.

As such, the science of keyword optimisation is shifting in response. While HR leaders may not yet be ready, or able, to implement conversational technology within their own organisations, communications strategy should be mindful of audiences who are already comfortable with it – particularly if they are to engage effectively with tech-savvy talent pools and gen-x employees.

In other words, machines are teaching themselves to communicate in an ever more human way as they become attuned to the world around them.

While still in the early stages of development, this conversational technology has the potential to benefit individuals as they carry out their everyday roles, most notably for talent who require special considerations, or in workplaces where hands-free mobility is advantageous, such as operating theatres or a laboratory.

However, even for those who don’t have an immediate need to ditch the keyboard, the benefits look set to be immense.