A youth employment initiative at Barclays Bank has been voted the overall winning entry in the 2013 Personnel Today Awards. The apprenticeship programme aimed at young people not in education, employment or training (NEETs) beat off strong competition across 18 categories.

Hundreds of HR professionals from some of the UK’s top employers were entertained by comedian and host Alexander Armstrong in the prestigious surroundings of the Great Room in the Grosvenor House Hotel, London. 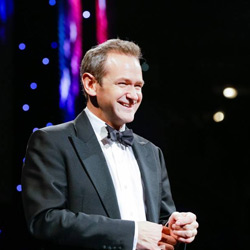 Alexander Armstrong hosted the 2013 Awards. View all the pictures from the event

In deciding the overall winner, the judges praised Barclays for addressing both a need to identify future talent in the bank, and the way it reached out to the communities it serves. The entry also came top of its category – the new Youth Employment Initiative category, and judge Emma Parry from the Cranfield School of Management applauded Barclays for its “wide outreach and a focus on qualities rather than formal qualifications”.

The HR Team of the Year award, sponsored by Monster, was scooped by Virgin Money, after successfully leading the organisation through a major change programme after the acquisition of Northern Rock in 2011.

Sarah Trota of Circle Housing Group won HR Director of the Year, having helped to deliver £1.5 million in efficiency improvements for the housing association group.

Rob Moss, Personnel Today’s editor, said: “Congratulations to all our winners and to everyone who made the shortlists. The standard of entries was higher than ever and it’s great to celebrate HR’s achievements.”

Award for Diversity and Inclusion, sponsored by the Employers’ Network for Equality & Inclusion
Winner: EDF Energy

Award for Health at Work
Winner: The Random House Group

How your business can get involved in apprenticeships

Absence rates higher in the UK than other European countries

Fantastic night which made us all very very proud in Barclays. Thank-you Personnel Today and congratulations to all the worthy winners

Congratulations Shaun! A fantastic award and very well deserved – the passion of you and the team is clear to see.

HR Director of the Year: Ruth Busby on...