Absence rates higher in the UK than other European countries

By Nic Paton on 19 Nov 2013 in Sickness absence management 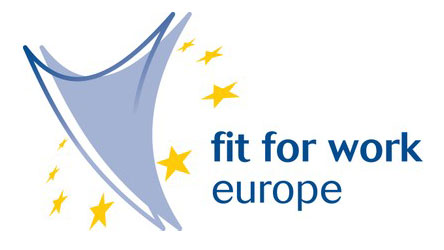 The UK lags behind key European rivals such as Poland, France and Romania when it comes to managing sickness absence, and an extra 60,000 people could be helped back into work in this country simply by making early interventions more accessible for those with musculoskeletal disorders (MSDs), a thinktank has argued.

A report from the Fit for Work Europe Coalition – a group representing physicians, patient organisations, economists and researchers led by The Work Foundation – has concluded that the UK and Germany are Europe’s laggards on managing absence effectively.

Overall, an extra one million employees across Europe could be at work each day if early interventions were more widely accessible for MSDs, it calculated.

More than 35 million days are already being lost each year to sickness absence in the UK and, with many EU member states set to see 50% of their population diagnosed with an MSD by 2030, this was a growing problem politicians needed to address as a matter of urgency, it said. The report called on EU member states to coordinate action between government departments, employers and clinicians.

“Our analysis now shows that because access to early healthcare interventions for workers with MSDs are not being prioritised, thousands are taking unnecessarily long periods away from work, or even leaving work permanently, when tried and tested tactics could be helping to speed up their recovery and return to work,” Professor Stephen Bevan, founding president of the coalition, said.

Using data from a two-year trial of a successful early intervention clinic for people with MSDs in Madrid, Spain, the coalition has developed estimates of the effect of repeating its results across 12 EU member states where comparable data exists.

By assessing and treating 13,000 workers with MSDs after five days of sickness, the Madrid clinic succeeded in reducing temporary work absence by 39%.

“If these results were repeated across the whole of the EU, we estimate that up to one million workers would be available to work each day,” Bevan said.

“Even if the reduction in absence achieved was 25% rather than 39%, we estimate that in excess of 640,000 workers would be available for work each day.”

Dame Carol Black, former UK national director for health and work and co-president of the coalition, added: “In the UK, 300,000 people make long-term sickness absence claims each year. The results from the Spanish study reveal just how important early intervention is for people with MSDs.

“It shows that permanent work disability fell by 50%, while temporary work absence fell by 39% – a vast improvement.”