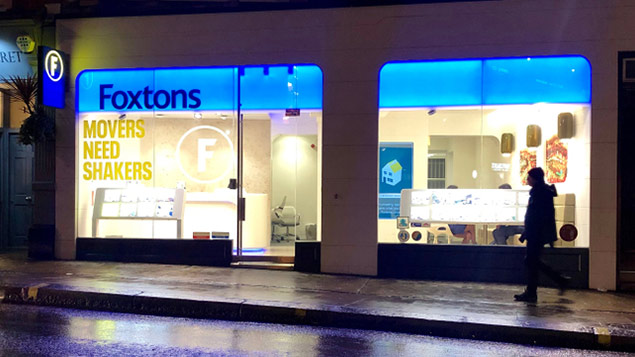 Foxtons was one of the companies criticised for excessive executive pay.
Photo: Shutterstock

Companies must do more to link executive pay to that of the rest of their workforce according to MPs who say that “huge differentials” between bosses’ and workers’ pay are “baked into the pay system”.

Eye-watering and unjustified CEO pay packages are corrosive of trust in business and threaten to undermine the public’s support for the way our economy operates” – Rachel Reeves, chair, BEIS committee

Referring to “shaming” executive pay decisions such as those at Persimmon, Royal Mail and Unilever, the report highlights that over the past decade chief executives’ earnings in the FTSE 100 have increased four times as much as national average earnings.

FTSE 100 chief executives earn around £4 million per year while average pay is less than £30,000. The report calls for businesses to move executive pay structures away from unpredictable and excessive bonuses, with a greater element based on fixed basic salary plus deferred shares.

Rachel Reeves, chair of the BEIS committee, said: “Eye-watering and unjustified CEO pay packages are corrosive of trust in business and threaten to undermine the public’s support for the way our economy operates.

“The roll-call of dishonourable executive pay decisions at firms including Persimmon, Unilever, Royal Mail, BT, Melrose and Foxtons, tell the all too familiar tale of corporate greed which is so damaging to the reputation of business in our country.

“But these examples also highlight the persistence of executive pay policies where far too little weight is given to delivering genuine long-term value, investing in the future, or ensuring rewards are shared with workers.”

The committee recommends businesses make greater use of profit-sharing schemes, and that companies are required to appoint at least one employee representative to their remuneration committee.

In the report the committee criticises the “underpowered and passive” Financial Reporting Council and calls for the new regulator to be more robust and proactive in bearing down on excessive executive pay. In December, the Kingman Review recommended that the FRC be replaced by a new regulator, the Audit, Reporting and Governance Authority (ARGA).

“When the company does well, it is workers and not just the chief executive who should share the profits,” said Reeves. “Why should chief executives have a more generous pension scheme than those who work for them? Getting workers on remuneration committees and including staff in profit-sharing schemes should be the first steps to this end.”

The MPs lambasted the acceptance of a £75 million payment by the former chief executive of Persimmon, Jeff Fairburn, saying it was “based more on a government initiative to encourage house-ownership rather than his own performance” and described it as “only the most egregious of a number of shaming decisions”.

As a matter of practice, say the MPs, and to reduce the risk of Persimmon-type awards, remuneration committees should publish and explain an absolute cap on total remuneration for executives each year.

Charles Cotton, senior reward and performance adviser for the CIPD, said: “The growing gulf between pay for top earners and the rest of the workforce calls into question both the fairness and overall performance of our workplaces.”

He added: “We want to see a new, broader definition of corporate success that goes beyond profit and loss and also looks at how people are managed, rewarded and developed and how customers are treated. To support this, we welcome the idea of the employee perspective being part of the pay governance process as part of broader reform of remuneration committees.”

A spokesperson for the Department for Business, Energy & Industrial Strategy said it understood the frustrations of workers and shareholders when they see executive pay out of step with performance. “That is why we introduced new pay ratio and corporate governance regulations in January to make businesses more accountable for executive pay.

“These new regulations are a cornerstone of the corporate governance upgrades we are implementing to help us build a stronger economy that works for UK businesses and workers.”

From 1 January 2019, under the Companies (Miscellaneous Reporting) Regulations 2018, listed companies with more than 250 employees have to publish the ratio between their CEO’s total remuneration and employees’ pay and benefits. The BEIS committee said these requirements should expanded to include all employers, not just listed companies, and that data from the lowest pay band be included alongside the quartile data required.

The BEIS committee welcomed the Investment Association’s announcement last month that it will monitor and flag up any company that pay pension contributions to new directors in a way not aligned to the majority of the workforce. It recommends that the new regulator seeks public explanations from any company that fails to deliver alignment on pensions contributions.