Engineer lets rip at flatulent manager in bid for compensation

By Jo Faragher on 26 Mar 2019 in Latest News, Stress, Bullying and harassment 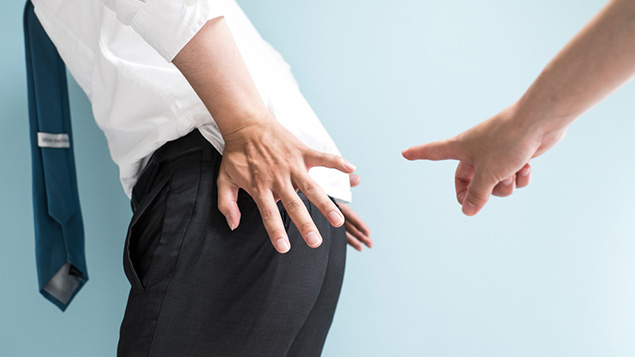 David Hingst claimed that his manager, who he called 'Mr Stinky', would "thrust his bum" repeatedly and break wind

An engineer in Australia is demanding almost £1m in compensation ($AUS 1.8m) because his manager constantly farted in their small, windowless office.

David Hingst tried to sue his former employer, Construction Engineering, last year, claiming he was due £0.97 million in compensation. A Supreme Court judge ruled that bullying had not taken place.

Hingst claimed that his boss – who he nicknamed Mr Stinky – repeatedly broke wind and “thrusted his bum” at him.

He brought his case to the Australian Court of Appeal this week, where he has reiterated his belief that “flatulence was a form of bullying”.

After the hearing this week, Hingst told news agencies that the manager, real name Greg Short, would “come into the room… fart behind me and walk away. He would do this five or six times a day.”

He also claimed that Short had abused him over the phone and would sometimes taunt him with gestures.

At the original hearing, Short admitted that he didn’t particularly recall breaking wind near Mr Hingst but “may have done it once or twice, maybe”.

The Court heard that Hingst had sprayed deodorant at Short in retaliation, to which Hingst replied that the flatulence had caused him severe stress and was part of a conspiracy to get him to leave the company.

Representing himself throughout the trial and now appeal, Hingst also claimed that the judge in the Supreme Court was biased against him and that he did not receive a fair trial.

[He would] come into the room… fart behind me and walk away. He would do this five or six times a day.”

However, Justice Phillip Priest said this week that the judge in the original trial seemed to have shown “remarkable latitude”.

“The very distinct impression I get is you were given every opportunity to put your case,” he said.

The ruling will be delivered later this week.