BMW Financial Services: How your own employees can be the best entrepreneurs

By Peter Crush on 6 Nov 2017 in Learning & development, Training strategies 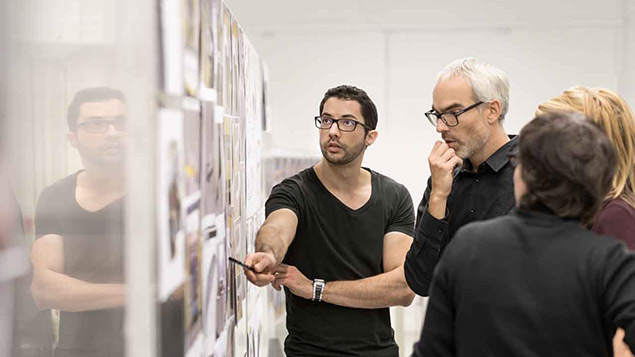 Corporates are increasingly looking to partner with start-ups and entrepreneurs to inject innovation into their business. BMW Financial Services has turned to its staff to come up with those game-changing ideas, with encouraging results. Peter Crush reports.

As 2016 report The State of Start-up/Corporate Collaboration recently revealed, not only do 67% of big businesses actively want to work with startups, 23% see it as mission-critical to uncover key ideas/partnerships that could be pivotal to their very survival.

It explains why more businesses now offer out their valuable office space and top executives to help incubate fledgling new start-ups – one of which is BMW group’s B2B arm, BMW Financial Services, which launched its Innovation Lab project in 2016.

The success of the first project – where five SMEs have 10 weeks’ exposure to experts in the automotive and automotive finance sectors – has been such that three have secured commercial contracts with BMW Financial Services UK.

And last month BMW launched its Intrapreneur Lab – a similar format, this time with the clear logic that its own staff are a massively untapped pool of potential ideas.

“It’s designed to not only see what great ideas can come from our own people, but it’s also there to act as a talent development tool for participating teams.”

The deadline for entries closed in October, and uptake has been spectacular. An impressive 74 ideas have come from 115 applicants (staff are encouraged to apply in teams), and now they are ready to be assessed.

“We had an inkling that the Lab would resonate with staff when the launch event last month was oversubscribed,” says Combe. “Here we had 200 people, out of our 300 Farnborough staff, attending. It’s clearly touched people.”

Tasked with coming up with solutions that either service the needs of “the customer of tomorrow” or help the business to be more innovative today, the concept for the Lab is that, given it is staff who are closest to customers, it’s they who should know best what solutions customers really need.

Julie Holland, HR manager at BMW Group UK Financial Services, who is coordinating the activity from a skills perspective, says: “Although we’ve run innovation events in the past, this is a first, not only in terms of its scale, but because of the coaching and development element that winning teams will benefit from.”

The plan, she explains, is to take six to eight teams’ ideas, and provide them with coaching, time off their day jobs, and a period at Saïd Business School, Oxford.

“We can sometimes take it for granted that our own employees are a vast pool of knowledge and ideas,” says Holland. “What this initiative is trying to do is tease this out in a much more structured way.”

She adds: “Participants in winning teams will be able to take 10% off from their normal day jobs to develop their ideas, which is a massive amount of personal development time.”

Although Combe says he can’t promise sudden changes in career for those who are able to devote time to their ideas, the opportunity is certainly there for greater personal development amongst those participating.

And, argues Combe, it’s clear people will become “much more visible” in the business, which has its own career enhancing benefits.

“What we’re trying to say to people is that if an idea really does have legs, leading to the creation of a new service, or set of services, it will clearly need someone to see this through, and it would probably make sense for the originator(s) of that idea to be somehow involved,” she says. “So undoubtedly, I think people can see themselves grow through this exercise.”

By encouraging staff to almost be mini-entrepreneurs first, and employees second, Holland and Combe say they’re creating a culture for staff to come up, and test great ideas, but with the safety-net of the organisation around them.

Combe adds: “We even discussed whether we should have some sort of profit-share option, as part of turning an idea into practice, and although we’re not committing to anything just yet, it’s something we remain open-minded about.”

According to Holland, organising such a significant initiative can only be a good thing. “Organisations, large ones especially, can easily get caught up with the today and not focus on trends and service solutions that will absolutely be needed in the future,” she says.

She adds: “By having the Lab, I think we can give people some of the bravery they may have needed to suggest something. It’s longer-term stuff, yes, but we absolutely need to be doing this.

“What we’re effectively saying is that we are a business that has real democracy of ideas. We’re saying you don’t have to be a senior executive to come up with a great idea. They can come from anyone, and if they’re good, they can be turned into solutions that can really positively impact people’s careers.”

Of course, the initiative isn’t entirely risk-free. A danger of opening up any employee involvement initiative is that it sets an expectation that all ideas will be listened to and acted upon.

It also potentially raises the risk of creating disappointment, when seemingly great employee ideas aren’t developed, and never then see the light of day.

“It’s certainly something we have considered,” acknowledges Holland. “But if, once we start going through all the ideas we’ve received, we can clearly see there’s more than those six to eight good projects, we’ll introduce feedback. We certainly don’t want to give people false promises. However, we don’t think this will happen.”

She adds: “The spirit with which this is being done is very much in the vein of this being a developmental opportunity, with a real chance for staff across the campus to come together and share experiences.”

Will it work? The experience of BMW’s Innovation Lab already points to the answer being a very big yes.

Will it drive engagement? The answer here is also likely to be yes again. Combe says: “We initially asked people to tweet their pitches, and were blown away with some of the early ideas we received. We’re seeing people who’d been thought of as introverted coming up with some great stuff. It’s very exciting.”