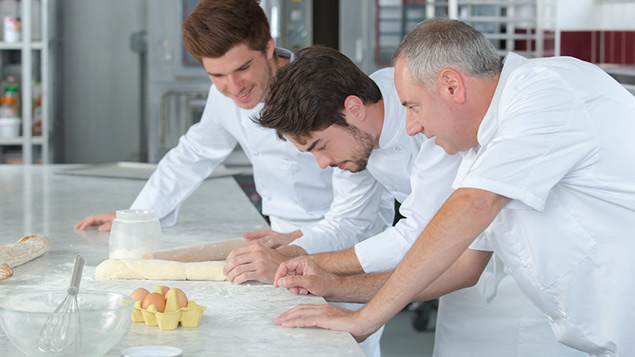 Almost a quarter of workers are offered no training at their workplace other than a new starter induction, according to a survey by the TUC.

Its poll of more than 3,000 adults has found that only a third of workers are offered regular training opportunities, with white-collar workers twice as likely to receive training than those in blue collar roles (40% versus 21%).

Employers in other EU countries spend double the amount UK employers do on improving workplace skills, the union claims.

The poll also reveals that many workers feel they are not listened to by managers: two-fifths (41%) said big changes were driven through without consultation, while 21% said suggestions were ignored by management.

A fifth (22%) added that management did nothing to reduce stress in the workplace.

The TUC cites the European Participation Index, which measures worker participation at board level, on the shop floor and in collective bargaining. This shows the UK ranks 26th out of 27 EU member states.

General secretary Frances O’Grady said: “Too many people are stuck in jobs where there’s no chance to get on in life. It’s about time managers started to wake up, invest in their workers’ skills and listen to their workers’ opinions.

“Companies that train and listen to their workforces perform better and hold on to talented staff. The short-sighted approach of too many employers has blighted the UK for years. And it is stifling productivity as we head towards Brexit.”

The TUC’s survey comes just days after Government-commissioned research revealed that take-up of the right to request training had been low, meaning many organisations were not increasing investment in workplace learning.

The research forms part of the TUC’s Great Jobs for Everyone campaign.