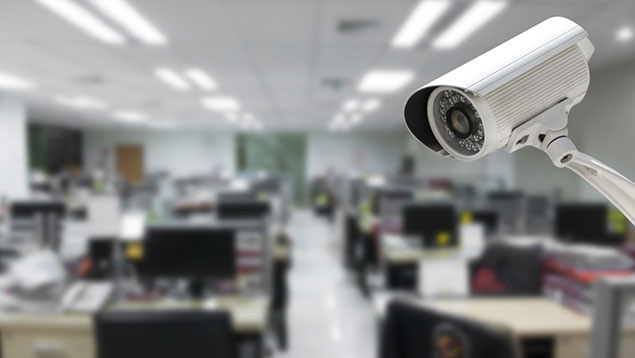 Even if an employer is confident that theft or other offences are taking place in the workplace there are plenty of factors to consider before surveillance cameras are installed, writes Louise Lawrence, looking at how UK law ties in with European law.

If an employer suspects that its employees are committing theft, it may as part of its investigation consider carrying out covert surveillance to obtain evidence. The European Court of Human Rights case of Lopez Ribalda and others v Spain heard in 2018 makes it clear that employers need to be very careful when taking this step, even when they may have every reason to do so.

The legal issues of CCTV use at work

In this case, a manager of a Spanish supermarket spotted a pattern of significant discrepancy between expected and actual stock levels; sometimes as much as €20,000. As part of an investigation, the store installed secret cameras to monitor all of the store’s cashiers.

The footage captured five employees stealing from the store and helping customers to do the same. The cashiers admitted the theft and were dismissed. They later brought unfair dismissal claims in the Spanish courts and their claims were unsuccessful.

The employees, however, were subsequently successful before the European Court of Human Rights, arguing that their right to privacy under Article 8 of the European Convention on Human Rights (ECHR) had been infringed. The Court found that the supermarket had not struck a fair balance between the employees’ right to privacy and the employer’s interest in protecting its property. One of the reasons for this was that the covert surveillance had not been targeted at particular employees or been time limited; all store employees had been monitored without any time limit and during all working hours.  The Court ordered compensation in the amount of €4,000 per employee as well as costs and expenses.

This decision contrasts with another case that concerned theft by employees, Köpke v Germany, in which the Court found that an appropriate balance had been struck because only specific employees under suspicion were watched and for a shorter period of two weeks.

The footage captured five employees stealing from the store and helping customers to do the same. The cashiers admitted the theft and were dismissed.”

In conducting any investigation into wrongdoing by employees, employers therefore need to be careful that any workplace surveillance or monitoring is proportionate. This is so even if the areas where surveillance is conducted are public spaces as demonstrated by the case of Antović and Mirković v Montenegro, in which the Court rejected the argument that the concept of “private life” does not extend to public spaces. The University had installed public surveillance cameras in auditoriums in an attempt to monitor teaching and to protect property and people and the Court found that the University professors had the right to a private life while at work, even while teaching.

What will be the position after Brexit?

The Human Rights Act 1998 incorporates the ECHR into domestic law. The future of the Human Rights Act 1998 is uncertain as there has been debate about repealing it and replacing it with a UK Bill of Rights. Regardless of what will happen in relation to this, the Data Protection Act 2018 and the Employment Practices Code published by the Information Commissioner’s Office (ICO) set out the laws and principles governing how personal information of employees should be used in England and Wales and covert surveillance has to be undertaken in accordance with these laws and principles.

The ICO guidance states that covert surveillance should only be undertaken in exceptional circumstances such as where there are grounds for suspecting criminal activity or equivalent malpractice and notifying the employees about the monitoring would prejudice its prevention or detention. The guidance states that employers must ensure any covert monitoring is:

The guidance seeks to draw the same balance between an employer’s and employee’s rights as the European Court of Justice did in the cases of Lopez, Kopke and Antovic. An employer must justify the use of any monitoring by conducting an assessment of: what the purpose of the monitoring is; what adverse impact it may have; what alternatives there are to covert monitoring and why these are not appropriate; and how the recordings will be used. The decision to undertake covert surveillance must be authorised by senior management.

The law does not prohibit covert surveillance but it should only be used in exceptional circumstances where it is necessary to detect wrongdoing by employees. The central question the employer has to consider is whether the intrusion into the employees’ private lives is no more than what is absolutely necessary and a clearly recorded analysis is essential. Covert surveillance needs to be undertaken carefully – it should be strictly targeted at obtaining evidence within a set timeframe and cease once the investigation has been completed.