By Jo Faragher on 16 May 2018 in Workplace culture, Corporate governance, Latest News, Pensions 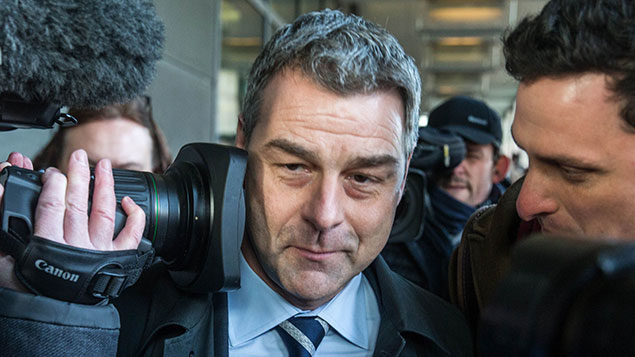 Richard Howson, former chief executive of Carillion, leaves after giving evidence to the select committee about its collapse
Mark Thomas/REX/Shutterstock

The board of directors at failed construction firm Carillion were “both responsible and culpable” for its failure, according to a damning report published today by two select committees.

The Work and Pensions Committee and the Business, Energy and Industrial Strategy Committee said that “Carillion’s rise and spectacular fall was a story of recklessness, hubris and greed”, and that even as the company collapsed, its directors were only concerned with protecting their “generous executive bonuses”.

Carillion went bankrupt in January, leading to the loss of thousands of jobs. Hundreds of its public contracts, such as school meal services, had to be brought under Government control.

The report described the culture at Carillion as “rotten”, and claimed that internal and external checks and balances that could have prevented its failure were completely absent.

It singled out three individuals as having been particularly influential in its collapse: former finance director Richard Adam, who “resolutely refused to make adequate contributions to the company’s pension schemes”; former chief executive Richard Howson, whose leadership it describes as “misguidedly self-assured”; and Philip Green, who was chairman when Carillion collapsed.

The committees recommended to the Insolvency Service that it considers whether these directors were in breach of the Companies Act, meaning they could face disqualification from future director duties.

Its auditors and consultants also came under fire: Deloitte, KPMG, PWC and EY are described as a “cosy club incapable of providing the degree of independent challenge needed”.

The committees added that “correcting the systemic flaws” of the company’s collapse would be a huge challenge, but that the Government could use this as an opportunity for corporate governance reform and to give regulators greater powers to challenge reckless corporate behaviour.

It concluded: “It can grasp the initiative with an ambitious and wide-ranging set of reforms that reset our systems of corporate accountability in the long-term public interest. It would have our support in doing so.”

Frank Field, chair of the Work and Pensions Committee said: “Same old story. Same old greed. A board of directors too busy stuffing their mouths with gold to show any concern for the welfare of their workforce or their pensioners.

“They rightly face investigation of their fitness to run a company again. British industry is too important to be left in the hands of the likes of the shysters at the top of Carillion.”