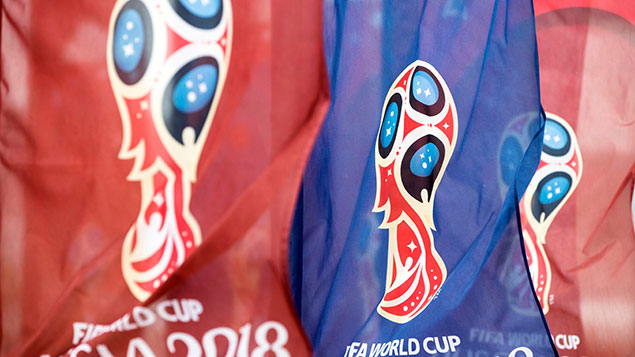 The 2018 World Cup in Russia sees 32 nations taking part in 63 matches from Thursday 14 June until Sunday 15 July. Employers should plan ahead to minimise disruption, particularly for games taking place during normal office hours, and make the most of the positive impact that a large sporting event can have on staff morale.

If England won their group and reached the final they would play:

If England came second in their group and reached the final they would play:

All times are BST. Visit FIFA for details of all matches.

1. Decide your approach to the World Cup in advance

Employers can have a formal sporting and special events policy in place to set out in advance their position on:

Some employers may wish to take a more informal approach, for example allowing decisions to be made at local level, with annual leave requests and requests to finish early accommodated where there is no disruption to the department.

Employers can provide special working time arrangements during the World Cup for matches that take place during working hours.

One popular option involves flexible start and end times, whereby employees are allowed to leave early to catch a late-afternoon game, as long as they make up the time (for example by coming in earlier on the same day).

For games starting at 13:00 (BST), employers could allow employees to take an extended two-hour lunchbreak and stay late to make up the time, as long as there is suitable cover.

Some employers could allow shift swaps or relax their rules on annual leave by considering last-minute holiday requests.

How to deal with issues arising from major sporting events

3. Have special facilities in place during matches

For matches occurring during working hours, employers can put in place facilities for:

Taking these steps can have a positive impact on employees’ morale and reduce the risk of employees taking matters into their own hands to follow a game (for example ringing in sick on the day of a big match).

4. Beware of risk of discrimination during the World Cup

During the World Cup, employers need to beware of the potential diversity and discrimination issues that can arise. In particular, employers must ensure that:

In advance of the tournament or particular games, employers can make employees aware of the standards of behaviour expected of them and deal with loutish behaviour under their disciplinary procedure.

5. Deal with any disciplinary issues that arise

What should an employer do if it suspects that an employee’s reported sickness absence is not genuine?

How should employers deal with employees who turn up for work drunk or hungover?

What should an employer do if an employee is detained in police custody due to alleged football hooliganism?

During the World Cup, a small number of employees may misbehave, leading their employer to take disciplinary action. Potential issues for employers to look out for include:

While XpertHR’s survey on major sporting events suggests that misbehaviour during the World Cup is rare, employers should be prepared to take action when an employee crosses the line.

6. Employee engagement: use the World Cup as an opportunity

Taking positive steps to manage the workplace impact of the World Cup can have a beneficial effect on employee relations. As well as allowing staff to watch matches, employers could:

As one respondent to XpertHR’s survey on major sporting events put it: “Giving colleagues the opportunity to watch or celebrate major events is a really great way of engaging and motivating them.”

One Response to World Cup 2018: Six goals for employers