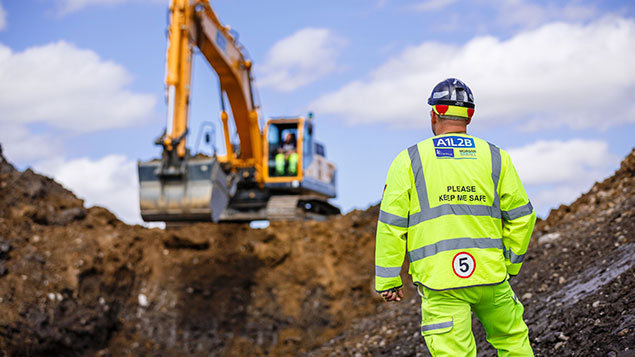 The company went bust with debts of around £1.5bn. It employs around 43,000 workers (around 19,500 in the UK) on public and private sector contracts ranging from the HS2 rail project to running schools and hospitals.

Insolvency of an employer – the law

“While the Government has indicated it will provide funding to maintain the delivery of public services, it is not clear what is to be done in the longer term, or what will happen to those engaged on Carillion’s private sector contracts,” warned Sam Murray-Hinde, an employment partner at law firm Howard Kennedy.

Murray-Hinde said that many workers’ employment will not automatically transfer to new service providers under TUPE, due to the terminal insolvency proceedings in which Carillion is involved.

She added: “If a new provider opts to take on any of the employees, it could do so on new terms and conditions less favourable to them.

Furthermore, there may be little legal recourse for these employees. “In a compulsory liquidation, all employees are automatically dismissed by operation of law from the date of the winding-up order,” said Murray-Hinde.

“There will be a moratorium on legal proceedings, but even once lifted the employees are not entitled to bring unfair dismissal claims.

“Further, any other damages claimed will rank as an unsecured debt and will be difficult to recover in full. Only remuneration is treated as a preferential debt and even then this is capped.

“The National Insurance Fund guarantees payment of specific debts to employees, such as arrears of pay, notice pay and a redundancy payment. However, these payments are subject to caps.”

In the meantime, concerns are also mounting that the company’s pension schemes could be at risk – as was the case when retail chain BHS collapsed in 2016.

Carillion has 13 final salary schemes in the UK with more than 28,500 members, and a deficit of £587 million at the end of July.

Its defined benefit pension schemes will enter the Pension Protection Fund, set up to offer compensation to pension scheme members where their employer has insufficient assets.

“We called over a year ago for The Pensions Regulator to have mandatory clearance powers for corporate activities like these that put pension schemes at risk, and powers to impose truly deterrent fines that would focus boardroom minds.

“If Government had acted then, the brakes might have been put on Carillion’s massive ramping up of debt and it never would have fallen into this sorry crisis.

It seems we have a new case like this every week, and this one is particularly disastrous, with massive job losses and 28,000 current and future pensioners at risk. I would like to ask the Government today: what more is it going to take?”

Liberal Democrat MP Stephen Lloyd has submitted a motion in parliament calling for an inquiry into the collapse and its impact on employees’ pensions.

He said that the Government “must now take responsibility to ensure the pensions are properly protected for the tens of thousands of Carillion employees”.

Trade body Build UK estimates that between 25,000 and 35,000 businesses are owed money by Carillion.

Mike Cherry, chair of the Federation of Small Businesses, said: “It is vital that Carillion’s small business suppliers are paid what they are owed, or some of those firms could themselves be put in jeopardy, putting even more jobs at risk besides those of Carillion’s own employees.”

Kerry Hallard, CEO of the Global Sourcing Association, said: “Finding a solution to this crisis which appeals to all parties involved may well be impossible – but whatever the final decision, the priority now must be safeguarding the provision of those public services for which Carillion has up to now been responsible, and protecting as many as possible of those jobs whose future is now in doubt.

“Anything less would be a failure more significant even than the collapse of one of the country’s most important and most prominent service providers.”