By Rob Moss on 30 May 2018 in National living wage, Insolvency, Job creation and losses, Latest News, Mergers and acquisitions 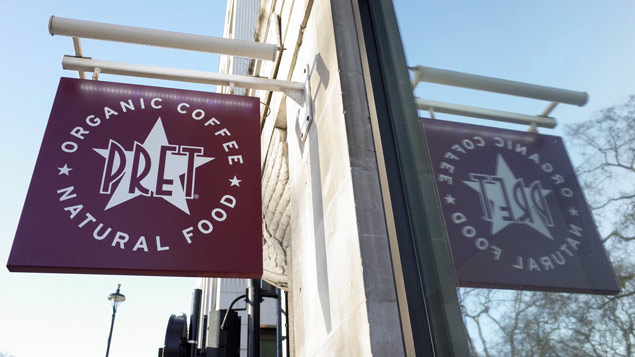 Carphone Warehouse is to close 92 stores after the retailer became the latest to issue a profit warning, amid continuing woes on the high street. The chain’s owner Dixons Carphone, however, said that staff would be redeployed to larger outlets.

Meanwhile as many as 12,000 staff at sandwich chain Pret a Manger are to be paid a £1000 bonus after it was sold to Luxembourg-based private equity group JAB Holdings.

Pret a Manger chief executive Clive Schlee said: “The £1000 bonus will be paid to all employees who are on the payroll during the week the deal completes. It’s serendipity for those who have just joined.”

A staple on the UK high street with 381 outlets, Pret has a further 149 stores in Europe, the Far East and the US, serving a total of 300,000 customers per day.

Schlee added: “All of us at Pret believe JAB will be excellent long-term strategic partners. JAB believes in Pret’s values and supports our growth plans… The brand continues to thrive around the world thanks to our simple recipe of freshly prepared food, served by genuinely engaged teams.”

The acquisition comes amid continuing concern for the high street business, with retailers and restaurant chains battling against the rise of online shopping, the impact of the national living wage, and higher business rates.

A long list of well-known high street brands have entered administration, including Toys R Us and Maplin earlier in the year, and yesterday Games Centre. Others have announced restructuring plans including M&S, House of Fraser, Homebase, B&Q, Mothercare, Carpetright, New Look and Moss Bros.