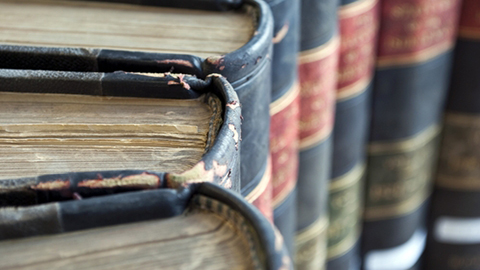 Until 2007, the two kinds of administrative support role in the Audit Commission’s housing inspectorate were:

The SIIO role had more responsibility, but both the IIO and SIIO roles were within the same pay grade.

In September 2007, there were 11 IIOs, all of whom were women, and five SIIOs, with three full-time male workers and two women who shared jobs. The SIIOs had transferred from the Housing Corporation with pay protection.

In October 2007, the IIO and SIIO roles were amalgamated into a new administrative grade, inspection support officer (ISO). Eleven ISO positions were created at the same pay grade as IIOs and SIIOs and the employees who were appointed as ISOs carried across their existing pay.

Nine female IIOs who were made ISOs brought equal pay claims for the period from 1 October 2007, comparing themselves against two male SIIOs who were appointed as ISOs. They were employed on like work and the comparators were paid more. The disparity in pay was due to the amalgamation of the senior and junior roles and the application of the pay protection policy.

Two issues determined the outcome of the case:

The tribunal found that there was indirect sex discrimination in pay and that it could not be objectively justified. The Employment Appeal Tribunal (EAT) allowed the Audit Commission’s appeal, but gave leave to appeal to the Court of Appeal.

The Court of Appeal dismissed the appeal by a two-to-one majority, with Lord Justice Mummery dissenting.

Mummery LJ focused on the original decision of the tribunal and upheld the tribunal’s conclusion that there was a prima facie case of indirect sex discrimination. There was a disproportionate adverse impact on the claimants by reason of the amalgamation of the IIO and SIIO roles and the application of the pay protection policy.

Mummery LJ found that the tribunal was entitled to find that the IIO role was lower paid “women’s work” as it had always historically been carried out by women. After 2007, the claimants and the comparators were employed on like work but with a significant difference in pay. The application of the pay protection policy ensured that the difference in pay continued and even increased.

However, Mummery LJ considered that it was necessary to remit the question of justification to the tribunal.

Lewison LJ agreed that there was indirect discrimination, but considered that it was objectively justified. Sir Mark Waller agreed. The legitimate aims pursued were to prevent the employees suffering a reduction in pay and to prevent loss of skills and experience.

This is an interesting decision from the Court of Appeal – the most reasoned judgment was given by the dissenting judge. It is notable that Mummery LJ also made some forthright observations about the “epidemic” of equal pay litigation in the tribunal system, the complexity of equal pay law and the benefits of negotiation over litigation to resolve such disputes.

The case demonstrates the principle, now enshrined in the Equality Act 2010, that pay protection may be a legitimate aim. However, it will always be easier to establish proportionality where, as here, the pay protection does not perpetuate historical discrimination. The pay that was protected did not involve – in contrast to some local authority cases – the protection of pay that had itself been found to be discriminatory; the men had been paid more in the senior role because it was the senior role.