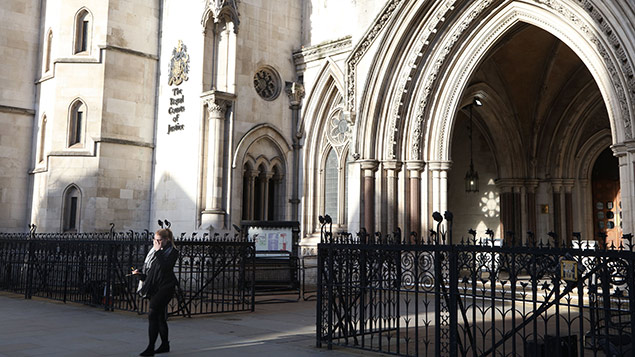 A partner at a City law firm has issued a High Court action claiming that his firm consistently pushed older lawyers into early retirement.

Mark Prevezer, 63, is a former partner at Watson Farley & Williams, where he led its real estate practice. He is seeking £300,000 in damages, according to reports in The Lawyer magazine.

Prevezer claimed that for several years, older and experienced partners had been “gradually and reluctantly manoeuvred”, changing status from partner to consultant, and were then asked to leave or retire before the retirement age stated in their partnership agreements.

According to his High Court claim documents, he took up a consultancy agreement in March 2016, agreeing an annual fee of £250,000 per year for two years, plus performance related bonuses if he met billing targets.

Prevezer claims his global sector head role was replaced in May 2018, damaging his chances of meeting his billing targets, as well as his reputation.

Further allegations include that one senior partner was guilty of “repeated unpleasant, bigoted and misogynistic conduct” to staff and some of the other partners.

During his time at the firm, Prevezer grew the real estate practice from £800,000 in annual revenue to £17m. He has since moved to another law firm.

The Lawyer has reported that in WFW’s defence documents, co-managing partner Chris Lowe specifically denied the allegations of “any systematic form of age discrimination”, and claimed the allegations against the senior partner in question were of “tenuous relevance”.

The firm also stated that questions had been raised around Prevezer’s conduct, including frequent absences from the office, a lack of communication with his real estate partners and a lack of engagement with a real estate group sector meeting at a crucial partnership weekend. After this conduct was considered, it was decided he should not continue in his role.

In the claim, Prevezer’s barrister, Stephen Nathan QC, stated: “For several years [Prevezer] has seen many older and experienced partners in the firm being gradually and reluctantly manoeuvred by the Defendants’ management first from the status of partner to consultant, and then such former partners being asked to leave or retire before the retirement age contained in the Defendants’ Partnership Agreements.”

A spokesperson told The Lawyer: “This matter relates to a contractual dispute relating to Mark Prevezer’s consultancy agreement. We are defending the claim and, as the matter is ongoing, it is not appropriate for us to comment further at this time.”

One Response to City law partner suing for age discrimination