By Andrew Brookes and William Sweeney on 1 Apr 2019 in National living wage, Latest News, Save As You Earn, Minimum wage 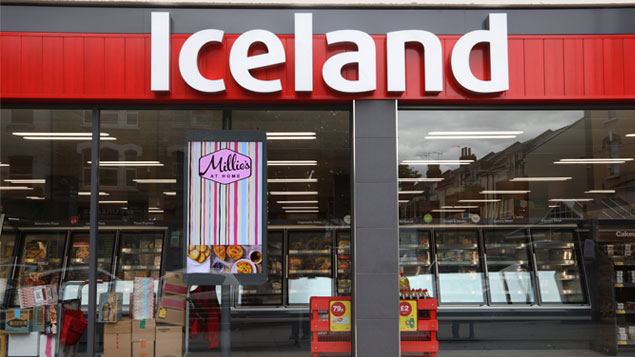 Iceland is facing a £21m bill as HMRC viewed its Christmas savings scheme as a NMW breach. Richard Gardner/Shutterstock

Two decades after its introduction, many employers are still getting caught out by the rules surrounding the national minimum wage. With HMRC taking an increasingly hard line on enforcement, Andrew Brookes and William Sweeney look at some of the common pitfalls.

Today (1 April) marks 20 years since the national minimum wage (NMW) was introduced and while it has been effective in increasing pay for low-paid workers and reducing poverty, it has proved a minefield for employers.

In 1999 many thought the NMW would have a beneficial effect on the income and incentive for low paid workers to accept jobs, and the fear was that higher costs to business would lead to higher unemployment. However, while the impact on employment has been minor, there has been a trade off in that more jobs now attract the NMW.

The NMW rate has increased faster than other pay rates and the number of workers receiving it has risen significantly. In the Spring Statement, the chancellor Philip Hammond confirmed that the target for the NMW to reach 60% of median earnings by 2020 is on track.

A 5% increase in the NMW takes effect today and will be welcome news for employees. Employers must pay all workers at least a certain hourly rate, starting at £3.90 per hour for new apprentices, rising to £8.21 per hour for workers aged over 25, the national living wage.

However, as well as the obvious increase in labour costs, a lack of understanding of the complex rules could prove costly for employers.

HMRC has taken an increasingly hard line with regard to its enforcement of the NMW, which has resulted in a series of high-profile court cases against some major employers, including Iceland, Wagamama, and Sports Direct.

Among the pitfalls for employers is understanding what constitutes working time. As well as time spent at work, it may also include time spent travelling to and from different places of work or time spent waiting to start or finish. For example, a retailer was recently fined because factory staff were spending extra time queuing to clock off after their shift and they were not being paid for this time.

One of the most common problems here is the failure to understand the significance of the pay reference period. The conditions for ‘salaried hours work’ are more onerous than many realise and if employers are not within the scope of salaried hours work, then there will be a separate pay reference period each time an employee is paid. The significance of this is that employers must ensure they meet the conditions for NMW for every single one of these pay periods in isolation. Any ‘smoothing of pay’ – paying an even salary through the year even if hours vary, for example, with seasonal demand – could result in an infringement.

It is also crucial for employers to note any elements which might reduce a worker’s overall gross pay; potentially pushing their income under the NMW threshold. For example, if the employer is deducting money for a uniform or requires workers to wear certain items of clothing or purchase items required to do their job, they may be required to compensate low-paid workers. This rule applies even if the worker benefits individually from ownership or use of the item.

Another common pitfall is salary-sacrifice schemes. Iceland was recently penalised for running a Christmas Club savings scheme for staff, which was intended as an optional benefit, as deductions were taken directly from workers’ pay.

Failure to comply with the NMW rules could result in additional payments to the individual being due, while penalties of up to 200% of the value of the error can be charged by HMRC, albeit capped at £20,000 per worker. Additional sanctions, such as public naming and shaming, could cause lasting damage to an employer’s brand.

The complexity surrounding the NMW means it is all too easy to make a mistake. But what is harder to understand is why such a strict application of the rules is necessary in situations where employers commit a ‘technical breach’ in providing schemes that are clearly designed to benefit employees.

After mounting protest that the way the system is being policed is not what was intended, HMRC have consulted on how to simplify and improve the NMW rules. Until this happens however, businesses should ensure they understand the current regime.

About Andrew Brookes and William Sweeney