Closing a pension scheme to accrual: considerations for employers

By Barry Gibb and Lisa Suares on 24 Oct 2017 in Trade unions, Pensions 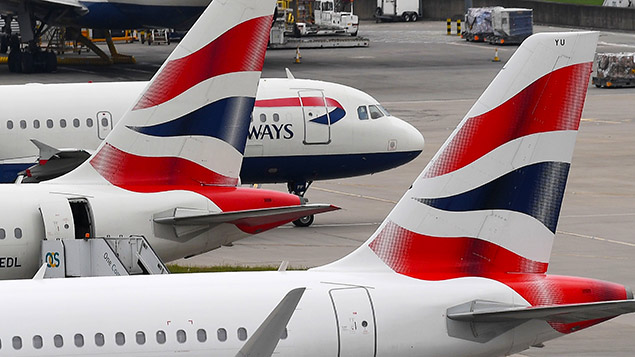 British Airways recently announced proposals to close its New Airways Pension Scheme (NAPS) due to a “significant and growing funding deficit” and that a consultation exercise would commence in the coming weeks.

Despite injecting £3.5bn into NAPS since 2003, the deficit has risen to £3.7bn, making it “the largest of all UK company pension deficits relative to the company’s overall financial value”. BA confirmed that it was committed to paying between £300m and £450m a year until 2027 to address the deficit.

However, if NAPS remained open to accrual, the cost of providing future benefits could rise to 45% of individuals’ pensionable pay in 2018 – more than four times the typical employer contribution for UK airlines.

BA’s announcement attracted strong criticism from trade unions, with Unite and GMB issuing a joint statement expressing their “dismay and bitter disappointment” that thousands of staff would “face uncertainty in their retirement”.

Where an employer such as BA proposes to close or significantly amend the benefit structure under its pension scheme, a number of points need to be borne in mind:

1. Employee contractual entitlements
Due diligence should be carried out on the employment contracts of employees affected by the proposal to ensure that those contracts do not confer a contractual right to defined benefit pensions. If there is any contractual issue, then the relevant contracts would need to be re-agreed.

2. Powers and final salary link
An employer will need to check if it has the power under the scheme rules to close to accrual or whether the scheme rules need to be amended for this purpose. Alternatively, in some instances, employers close schemes to accrual by amending employees’ contracts.

It is unusual for there to be an express ‘closure’ power in the trust deed and rules and therefore many employers seek to close schemes to accrual by amending the rules, which in turn will often require the agreement of the trustees.

If the amendment route is pursued, and this route is generally less onerous than seeking to amend employees’ contracts, the amendment power should be checked for any Courage type clause (a restriction protecting benefits already secured by past contributions) as this could prevent severance of the final salary link.

An employer faced with this situation would need to consider alternative ways of severing the final salary link, for example by obtaining employees’ informed consent.

3. Proposal to the trustees
Once due diligence has been undertaken, the employer will need to present a business case to the trustees explaining the reasons for its proposal and seek their agreement in principle to the proposal. It is important that the employer has considered alternatives to closure, for example, reduced accrual rates, adopting an average salary benefit structure rather than final salary, increasing employees’ contributions or imposing a cap on pensionable pay, as the trustees will ask to see what other options the employer has pursued.

Further, it is important that the employer ensures that in company board minutes and correspondence with members, trustees and others it has not made a final decision in relation to its proposal.

4. Consultation
Employers with 50 or more employees who propose to make certain ‘listed changes’ to their pension scheme, including closure to future accrual, must undertake employee consultation. Affected employees will be provided with specified written information including details of the ‘listed change’, its likely effect, the timescale for implementation and any relevant background information.

Consultation must be genuine and involve any elected representatives and recognised trade unions. For organisations, such as BA, with a strong union presence, union representatives are likely to be heavily involved in the consultation. The employer must enable members or their representatives to give their views and must consider any responses before deciding whether to proceed.

Employers should be mindful that there is an implied duty of trust and confidence in every employment contract and they could breach this duty if proper consultation is not undertaken.

5. Documenting the changes
If, following consultation, the employer decides to implement the proposal, either a deed of amendment will need to be prepared to change the scheme rules or, if the contractual route is pursued, revised contracts drafted and agreed.

A challenging period lies ahead for BA, with the company likely to face strong opposition from members, unions and the trustee board.

However, having regard to the level of NAPS’ deficit, and the trend for final scheme closures generally, it should perhaps come as no surprise that BA wishes to close to accrual.

About Barry Gibb and Lisa Suares

Barry Gibb is partner and head of pensions at Hill Dickinson, where Lisa Suares is a trainee solicitor.
View all posts by Barry Gibb and Lisa Suares →
Previous Article
Next Article