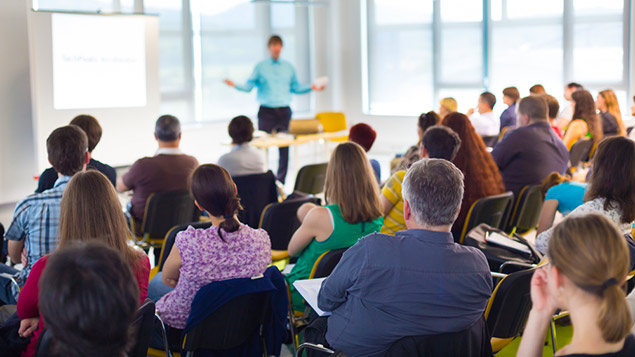 Take-up of the right to make requests in relation to study or training has been low and has not facilitated additional investment in learning in organisations that lack commitment to training staff, according to Government-commissioned research.

Liveflo: Respond to a study or training request

How to manage study or training requests

On 6 April 2010, a statutory procedure was introduced whereby employees in organisations with at least 250 employees can make a request in relation to study or training.

Under the procedure, employees with 26 weeks’ service who make a training request are entitled to a meeting to discuss the request.

Employers can refuse the request for a specified business reason. The procedure sets time limits for employers to invite an employee to a meeting to discuss it, plus a further time limit to come to a final decision.

Although the right is often referred to as a “right to request time off for training”, it is not limited to requests for time off.

While many statutory requests will involve time off, employees could also make a request for the employer to organise, provide or pay for on-the-job training.

The research was commissioned by the Department for Business, Innovation and Skills (BIS) and undertaken by the Institute for Employment Studies (IES).

Following the introduction of the new right, the Government decided not to go ahead with the mooted extension of the right to organisations with fewer than 250 employees.

The IES research is designed to provide evidence to inform the future direction of the right, particularly the potential for extending it to employers with fewer than 250 staff.

The research found that employers with a culture supportive of employee learning tend to have a good level of awareness, often receiving information through established HR channels.

However, even when employers are aware of the right, understanding its purpose and the details varies heavily. Awareness among employees and line managers is described as “patchy”.

According to the survey, union officials “tend to have a good level of awareness of the right” and are often responsible for highlighting it in organisations “lacking entrenched learning cultures”.

According to the research, formal take-up of the right to make requests in relation to study or training has been low.

Some organisations with a positive learning culture regard the right as “superfluous”, as their own training processes are seen as already delivering “access to training beyond the right’s purview”.

When the right has been used, it has often been done so only when informal negotiation channels have been exhausted.

Even when employees have made formal requests, there is often a perception that the grounds for refusal are so broad that, in practice, decisions are dependent on individual line managers’ attitudes.

The research suggests that this perception may have discouraged employees within some organisations from making a formal request in the first place.

I’ve made an application myself and I’ve helped members too. But it’s so easy to refuse, they just have to say ‘it’s not related to your job’ and that’s the end of that…So once your application is turned down that’s really the end of the line” – a union learning rep for cleaning and maintenance staff in healthcare

The right to make a request in relation to study or training has not made a tangible difference to investment in training or reducing skills gaps, according to employers that took part in the study.

However, some organisations have reported that the right has meant that line managers, HR staff and other “training gatekeepers” have been required to take a more consistent approach to training requests.

As a result of the introduction of the right, some employers that previously lacked formal mechanisms to handle training requests have considered putting procedures in place.

Extension of right to cover small and medium-sized employers?

When asked about the possibility of extending the statutory request to small and medium-sized organisations, concerns were raised about whether or not employers without a dedicated HR function have the time and money to introduce a procedure.

Many small and medium-sized organisations said that they already had processes in place to provide training to staff.

While they did not expect take-up of the training request right to be disproportionately costly, the evidence suggested that an expansion of the right would be insufficient by itself to create a shift in employers’ attitudes towards investment in training.

The report merely provides evidence of the impact of the right to make requests in relation to study or training since April 2010.

It stops short of making any recommendations for changes to the law, such as extending the right to employees working for employers with fewer than 250 staff.

Given the lack of impact of the law on employers’ training practices and the Government’s other priorities, an extension appears unlikely in the foreseeable future.