Company car schemes on the rise as salary pressures remain 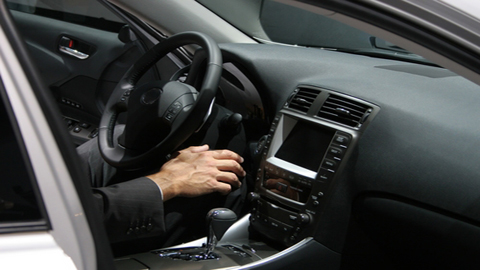 Company car and car allowance schemes are continuing to grow in popularity as employers strive to keep salary budgets in check, according to a new report from professional services company Towers Watson.

The Company Car Benefits Survey 2012, which surveyed company car policies in 40 countries across Europe, the Middle East and Asia, found that in the UK almost 80% of managerial staff remain eligible for car benefits and that companies are more likely to offer employees the choice between cash and a car, or only offer a cash allowance, than they are to offer only the option of a car.

According to the report, the value of car schemes across Europe has increased faster than salaries as organisations keep tight control of salary budgets and the cost of providing and maintaining cars – including fuel costs – has continued to rise.

Darryl Davis, senior consultant in Towers Watson’s data service division, said: “Company car and allowance schemes are still proving very popular across Europe as a sizable part of many people’s employee benefit packages. In the UK, the option of a car or cash allowance remains the most common policy across almost all categories of eligible employees.

“Companies are looking at ways to reward key employees and, with pressure to keep salary increases and bonuses to a minimum, company car schemes and car allowances provide an alternative option for awarding total remuneration increases.”

The survey found that, across Europe, tax efficiency is one of the most important factors for companies deciding to offer a car scheme. In countries where there is greater tax effectiveness for company vehicles, employers were more likely to offer car-only benefits.

In addition, half of the companies included in the report said that they had introduced more environmentally friendly and tax-efficient cars to their company car schemes.

Davis added: “The growth in green car options has been driven by the increased tax burden that many countries have placed on higher carbon dioxide (CO2) emitting vehicles. Several countries, including the UK, Belgium and France, have implemented vehicle tax policies based exclusively on carbon emission levels. The impact of this has meant that lower-emitting, or environmentally friendly, vehicles have become more affordable than higher-emitting alternatives.

“It is becoming more expensive in many countries to own heavily polluting vehicles, whereas environmentally efficient vehicles can be subsidised with tax breaks. We anticipate that this will become a distinct trend in company car schemes over the coming years.”