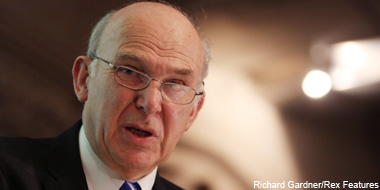 The Government’s latest employment law reforms have been met with a lukewarm response from employment lawyers and industry bodies.

Business secretary Vince Cable today unveiled measures aimed at giving employers “more flexibility and confidence in managing their workforce”, including a reduced cap on unfair dismissal payouts and a consultation on settlement agreements.

These measures include: model draft letters to send to an employee when offering a voluntary severance package; a draft model settlement agreement and supporting guidance; and the proposed terms of a statutory code of practice on the use of settlement agreements.

The measures also include proposals to make it easier for tribunal judges to dismiss weak cases.

In addition, the Government plans to work with Acas to improve guidance for small businesses on the Acas code of practice on discipline and grievance, but not to change the code itself as originally proposed. There are also plans to consult on changes to TUPE rules.

Cable said: “We have been looking across the range of employment laws with a view to making it easier for firms to hire staff while protecting basic labour rights.

“Our starting point is that Britain already has very flexible labour markets. But we acknowledge that more can be done to help small companies by reducing the burden of employment tribunals, which we are reforming, and moving to less confrontational dispute resolutions through settlement agreements.”

But perhaps the most significant element of today’s announcement is something which wasn’t put forward – the controversial “no-fault dismissals” proposed by Adrian Beecroft in a report to the Government earlier this year have been shelved. Under the proposals, businesses would have been able to dismiss under-performing staff without identifying any fault on the employee’s part, by paying a set amount of compensation.

The decision to not introduce no-fault dismissals was welcomed by the Chartered Institute of Personnel and Development (CIPD). But CIPD employee relations adviser Mike Emmott warned that today’s proposals had the potential to damage relationships between employers and employees: “The idea that businesses should be able to manage the performance of their employees effectively, without fearing extortionate costs and a time consuming process, is a good one. However, the proposed reforms must not undermine the principle of mutual trust and confidence that lies at the heart of positive and productive employment relations.”

Elsewhere, there has been a largely underwhelmed response to Cable’s announcement. Steve Radley, director of policy at the manufacturers’ organisation EEF, said: “Today’s announcement provided welcome confirmation that government is refocusing on some of the issues that matter for growth such as TUPE, reform of employment tribunals and settlement agreements. But business will be underwhelmed that the overall package contained nothing to speed up progress on delivering these reforms.

“The coalition is now half way through its term, yet there continues to be a lack of progress and cohesion with its plans for employment reform. The Government has missed the opportunity to send a powerful signal to business that it has got its programme of delivering genuine employment reform back on track.”

Meanwhile, Marc Jones, head of employment and HR at Turbervilles Solicitors, questioned whether or not these reforms have actually changed anything. He said: “I have seen the provisional announcement that plans for ‘no-fault dismissals’ have been scrapped, which is clearly sensible as in my view this was ill-thought out, as putting a bar on the right to claim unfair dismissal was clearly open to abuse by unscrupulous and/or clever employers and lawyers.

“We do not appear to be any further than we currently are and the status quo has largely remained the same.”

XpertHR has full analysis of the reforms announced today.