Coronavirus: workers to get statutory sick pay from day one 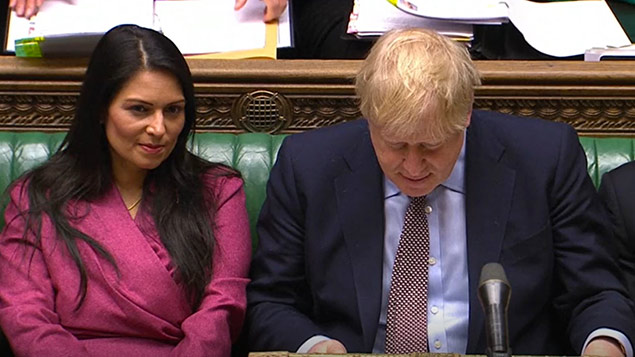 Employees will get statutory sick pay (SSP) from their first day off work rather than the fourth as part of government plans to stem the spread of coronavirus, the prime minister has announced.

Boris Johnson said people who self-isolate are helping to protect others from the virus and should not be “penalised for doing the right thing”. The move is part of the government’s emergency legislation.

“And, if they stay at home, the House will understand that they are helping to protect all of us by slowing the spread of the virus, and that is what the best scientific evidence tells us.

“If they stay at home and if we ask people to self-isolate they may lose out financially. So I can today announce that the health secretary will bring forward, as part of our emergency coronavirus legislation, measures to allow the payment of statutory sick pay from the very first day you are sick instead of four days under the current rules.

“And I think that’s the right way forward. Nobody should be penalised for doing the right thing.”

Further details of the rule changes are yet to be revealed.

This morning the UK’s chief medical officer indicated that an epidemic in the UK would now be likely. The government will also now register Covid-19 as “notifiable”, which means businesses can seek compensation if they are affected by the virus.

According to government plans published yesterday, as many as one in five workers could be off sick at once.

The TUC this week urged the government to support workers who did not qualify for SSP, such as those on zero-hours contracts.

Responding to the government’s announcement today, general secretary Frances O’Grady said it was “an important step” but not enough.

“Government must go further to ensure that no one is penalised for doing the right thing.”

Under the new SSP arrangements, if a person on the national living wage had to self-isolate, they would receive £94.25 per week, just one third of the typical take-home pay of £277.35, assuming they were working 37.5 hours per week.

Laura Gardiner, research director at think-tank the Resolution Foundation, echoed concerns that millions of workers would still miss out.

If they stay at home and if we ask people to self-isolate they may lose out financially. No one should be penalised for doing the right thing.” – Boris Johnson

She said: “This is a welcome announcement that will go some way towards reassuring workers who need to self-isolate from the coronavirus that they will not lose all of their income by doing so.

“However, this extra support will not help the UK’s five million self-employed workers who aren’t entitled to SSP, along with around two million low-paid employees who don’t earn enough (£118 a week) to qualify.

“The government should now extend coverage of SSP further to ensure that no worker loses all of their income from doing the right thing if they’re affected by the coronavirus, and start a broader review to ensure we have an adequate sick pay system. It shouldn’t take a pandemic to prompt this.”

Dave Prentis, general secretary of Unison, added that “people shouldn’t be faced with a choice of making ends meet or following public health advice and helping prevent the spread of the virus”.

Health secretary Matt Hancock had already indicated this week that self-isolating for medical reasons “counts as being sick in the legislation” and that the government would keep the rules around sick pay under review.

Emma Ahmed, a professional support lawyer at Hill Dickinson, looked into the legalities of providing sick pay for everyone, including those in precautionary self-isolation who could still be capable of work.

She told Daniel Barnett’s employment law bulletin that after looking into the legislation, it was both correct and good practice to pay SSP or contractual sick pay to someone provided they “have been given a PHE self-isolation notice by a doctor or NHS 111, and are not just staying at home because they’re scared”.

The announcement comes amid reports of a growing number of workplaces closing offices or telling staff to work from home amid increasing concern around the spread of the virus.

Google’s European headquarters in Dublin were left largely empty yesterday as thousands of employees were ordered to work from home. According to reports, an employee had displayed flu-like symptoms and managers had asked staff to work remotely in order to test the company’s ability to function with a ghost headquarters.

Yesterday staff at Deloitte UK’s offices were told that an employee had contracted coronavirus during a personal trip to Asia. The consulting firm sent home staff who worked on the same floor to allow deep cleaning. A small number of staff who had been in contact with the affected employee had been asked to work from home.

The number of coronavirus cases in the UK now stands at 85.

9 Responses to Coronavirus: workers to get statutory sick pay from day one