Why apprenticeship levy payers must ‘use it or lose it’ 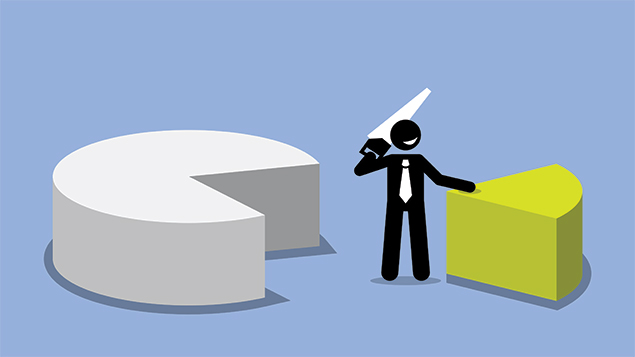 Some £52m in apprenticeship levy funds went unspent in 2019, despite there being an option for employers to transfer up to 25% of their funding. Sharing funding and training links with smaller businesses can be good for business, argues Joe Crossley.

The most relevant apprenticeship levy news in 2020 isn’t the amount of money being spent but, instead, the surplus funds left in company accounts.

It is payable by all employers who have an annual pay bill of more than £3m at a rate of 0.5% of their total pay bill, and the levy monies are held in a “digital fund” that employers can use to pay for apprenticeship training.

A 10% government contribution is added to each monthly payment, so employers get more out than they put in. Smaller employers – those with a total annual pay bill of less than £3m – pay just 5% of the cost of their apprenticeship training and the government pays the remainder.

Yet figures from last year show that the amount of funds expiring in company digital apprenticeship service accounts in July 2019 was £44m, and in August 2019 it was £52m. This is despite the fact that, as part of the levy scheme, levy-paying employers can  transfer up to 25% of their apprentice levy funds to other employers.

So, for example, local charities, community groups or small businesses in a large company’s supply chain could see their apprenticeships funded with the larger firm’s leftover cash.

The transfer option was added to make the apprenticeship system more flexible, meeting the needs of employers (those with supply chains involving logistics, warehousing, retail for example) while also helping smaller businesses to invest in more training opportunities.

The introduction of the levy itself was created in response to the need to develop future leaders and managers, against a backdrop of chronic underfunding in the further education (FE) sector.

Yet from our experience at Qube Learning we can see that businesses are missing out on thousands of pounds available to fund training because they are not utilising the levy transfer option.

As it’s predicted that unless more money is pushed through, the FE sector will run out of funds for training a skilled British workforce, it seems nonsensical that so much funding remains unused.

Other organisations including London First and the North West Business Leadership Team have noted that the system is confusing for employers; in particular, transferring unused levy funds is complicated and time-consuming, as they cannot be block transferred but must be transferred on a month-by-month basis.

Arguably there is a gap in the connection and communication between large companies with excess levy, and the smaller businesses or charities that could really benefit from additional apprenticeship funding.

This is where we have been able to take action in the last nine months – as an accredited learning provider, we are ideally placed to help businesses access a levy transfer. For example, we have recently been working with a major UK retail chain to find a transfer partner who could benefit from surplus funds from their training pot.

Past successes for us also include a recent partnership where we connected a well-known global company with a small local charity who could utilise the transfer. This international company, as a levy-payer, transferred a percentage of its unspent levy to support a small charity, enabling it to fund multiple apprenticeships.

The company says that the levy funding has had a profoundly positive impact on its workforce and business, rather than seeing unspent funds go to waste.

After talks with the charity’s CEO, the company agreed that an initial pilot of 11 team leader and supervisor apprenticeships would make a fantastic starting point. They were able to work with Qube as their existing training provider to deliver the first cohort of apprenticeships from June 2019.

Having an existing relationship with a training provider means it is possible to put smaller businesses and individuals in touch with brands that have excess levy to transfer.

Despite all the complications of the system, we are confident that these types of connections can benefit both levy payers and smaller businesses, allowing both sides to get maximum benefit so they can use, not lose, this transformative funding.