Could crowdsourcing be the answer to finding great talent?

By Juliet Eccleston on 29 May 2018 in Latest News, Online recruitment, Talent management 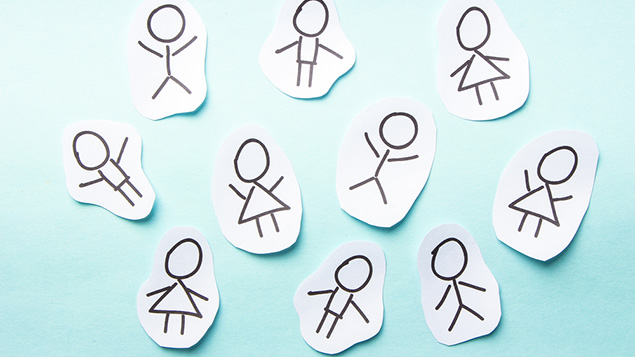 Many of us associate crowdsourcing with raising money or start-up investments, but it can have a valuable role in finding the right people for your organisation. Juliet Eccleston from AnyGood? argues that it can create a fairer and more effective hiring process.

Since its initial use more than a decade ago, crowdsourcing has certainly grown as a popular concept. And it makes sense.

In a world where it’s now easier than it’s ever been to connect with others from across the globe, share information widely and search back through years of data, enlisting large groups of people to pull together for the same cause is a no-brainer.

Organisations can capitalise on the creativity of others while also reducing costs. Then of course there’s the competitive benefit of getting the crowds to back your brand.

The world of talent sourcing is no different. The age-old approach of using agencies or relying on advert placements on job boards is, in my view, inefficient and simply won’t produce the results needed.

Recruiters these days have an array of candidates on their database and while access to these numbers might seem appealing at first, can you really trust that they know every one of these individuals well enough to be able to find the perfect applicant for your vacancy?

And are they portraying your organisation in a way that is suitable for your employer brand? Without direct contact with the jobseeker, it’s almost impossible to know.

Furthermore, our research shows that the use of a recruitment agency can be off-putting to candidates.

Of those we surveyed, 41% were worried that a recruiter would put them forward for irrelevant jobs, with other concerns cited ranging from the receipt of insufficient feedback to a lack of direct contact with the potential employer.

Each of these will certainly have an impact on not only your employer brand, but also the time of internal resourcing teams as irrelevant applications are sifted through.

It’s here where I feel crowdsourcing can – and indeed must – be used to create a more efficient and even fairer hiring process.

I myself have suffered the frustration that can come from using traditional talent sourcing methods as both a hirer and a candidate. Indeed, it’s this frustration that led me to create a platform where professionals recommend peers for roles they deem them suitable for.

By tapping in to the power of networks, it’s entirely possible to identify the handful of individuals – whether active jobseekers or passive professionals – who are perfect for the role.”

The fact is that no one knows someone better professionally than those who have already worked with them. It’s why employers ask for references.

But why wait until after you’ve spoken to numerous potentially unsuitable candidates? By tapping in to the power of networks, it’s entirely possible to identify the handful of individuals – whether active jobseekers or passive professionals – who are perfect for the role.

By also empowering individuals to take control of the hiring process and become ‘recruiters’ themselves, human resources and hiring teams can further improve their employee value proposition.

In essence, these professionals will be acting as an advocate for your firm, even if they haven’t directly worked with the company themselves.

On top of this, the use of peer-to-peer recruitment can notably aid diversity levels. By tapping in to professional networks, HR teams can access a vast audience that is more reflective of society itself. And with the removal of an intermediary, unconscious bias can be significantly reduced, if not removed altogether.

I have to stress, however, that I’m not the only one calling out for this change: your talent pools are as well. In our survey, we found that a staggering 95% of professionals would be more likely to apply for a role if recommended by someone from within their network rather than a recruiter.

And when we also factor in that over 71% connect with their professional network at least once a week, it’s clear that a huge opportunity is being missed to use these networks to crowdsource applicants.

In my view, it’s time to disrupt the hiring process as we know it and move with the times to identify and attract talent in a way that is both efficient and fair for all involved.

And it won’t be long before crowdsourcing talent becomes the norm. The question now is, are you willing to turn your recruitment thinking on its head?