Covering the cost of the national living wage – is it fair or legal to cut back perks? 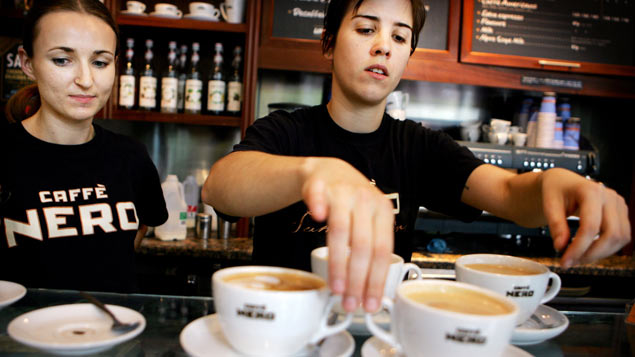 A number of companies have announced plans to cut back on staff benefits to cope with the cost of the new national living wage. But is this legally watertight and are there better ways to manage the rise in the pay bill? Jo Faragher finds out.

It was “not in the spirit of the law” according to the Chancellor, George Osborne, commenting on reports that a number of employers – faced with an increased salary bill since the introduction of the national living wage this April – had cut back on other perks to cover the cost.

Penalties to be doubled for flouting the national living wage

Consultation on the national living wage

National living wage: how to tighten payroll and enhance productivity

B&Q, Waitrose and Caffè Nero were among the high-street names facing a backlash after withdrawing certain benefits (a free lunch in the case of Caffè Nero), or reducing Sunday pay rates.

The debate reached the House of Commons, where one MP reported that a constituent who worked for B&Q would have his Sunday hours, bank holiday pay and summer bonuses cut, leaving him up to £50 per week worse off. “This was a pay cut after the Chancellor had promised that Britain would be getting a pay rise,” insisted Joan Ryan, Labour MP for Enfield North.

After more than 140,000 people signed an online petition to complain, B&Q has agreed to offer compensation to workers “so that no one will lose out” for the next two years, and to continue consulting with staff. But workers have been left with a bad taste in their mouth, and the PR fallout could well affect customers’ perception of the brand.

When the new Regulations were announced in 2015, the Office for Budget Responsibility predicted that the wage rise to £7.20 per hour for those aged 25 and over, rising to £9 by 2020, would lead to the loss of 60,000 jobs and four million fewer working hours per week.

Dan Murphy of retail management consultants Kurt Salmon says the Government has shown “a naïve lack of real-world understanding” about how employers might actually absorb the impact.

He says: “To expect them to swallow a significant increase in wage costs without something giving was unrealistic in the extreme. It is a straightforward case of squeezing the balloon – it has to create an impact elsewhere.”

A report by the CIPD and the Resolution Foundation earlier this year found that the most common response to the wage rise (for 30% of respondents to its survey) was to increase productivity and improve efficiency across the workforce. But CIPD reward adviser Charles Cotton points out that raising productivity does not happen overnight.

“The Government could have given better support to employers, given that they only had 12 months to prepare. Over a longer period they might have been able to raise productivity and increase wages without negative consequences. Instead, they have felt compelled to look at what they can do in the short term, so they’ve reduced perks instead,” he says.

Short-termist and bad for PR it may be, but is taking away certain benefits actually illegal? “What it comes down to is whether they’re trying to remove something that’s contractual or not. If it’s discretionary, they can remove it completely,” explains Emilie Bennetts, a senior associate at law firm Charles Russell Speechly.

So while a free lunch or coffee might be a “nice to have”, or discounts well received, if they are not enshrined in the employment contract (which will likely have a clause on certain benefits being “discretionary” anyway), employers can take them away.

One area where organisations do need to exercise caution, however, is if certain benefits have become “custom and practice” – that is, even if they are not contractual but they are a regular part of how staff are rewarded, there is a chance that employees could argue they have become binding.

“This could be something like a bonus that has been paid every year, or someone getting regular overtime, depending on overtime policies,” explains Kathryn Dooks, employment partner at Kemp Little. “The changes are easier to make for new hires, but harder to implement with existing employees.”

If employers do want to vary something that is contractual or create new terms, this needs to be done with the employees’ agreement. “Before making any contractual changes or dismissals, the employer should follow a proper consultation process with affected employees; if not, it risks claims for unlawful deductions from wages, breach of contract and constructive or unfair dismissal,” says Zee Hussain, head of corporate services at Simpson Millar.

However, it is unlikely that employees and unions will welcome having something taken away, so where does this leave employers? Ann Bevitt, partner at Cooley LLP, says that, in the case of dissent, there is the “nuclear option” of dismissing individuals and re-engaging them on new terms, but she warns this is an unattractive last resort.

“You have to consider length of service, what the justification would be, whether there is some other substantial reason the person did not accept the change and had to be dismissed and re-engaged,” she adds.

Aside from the legal aspects of taking away perks, employers also need to be mindful of the emotional attachment many employees form with workplace benefits such as free meals or travel, and the impact offering them can have on both attraction and retention.

“I would severely caution against this short-sighted approach, particularly when dealing with the millennial generation of workers, who tend to evaluate job offers based not just on salary, but also on benefits packages, including advantages such as flexibility in the workplace, private healthcare, pension schemes and career progression opportunities,” says Jo Sellick, managing director of recruitment company Sellick Partnership.

Ruth Thomas, founder of reward consultancy Curo, argues that the companies who introduced a higher wage before the legislation was introduced enjoyed a first-mover advantage.
“The companies that did it at the beginning, before the legislation came in, got an associated increase in productivity. Just paying the national living wage because you have to doesn’t have the same magic,” she says.

She also points out that certain sectors, such as care, hospitality or retail, have very little “slack” to cut back, so they need to be looking at other options, such as reducing non-essential activity or optimising shift patterns.

David Walton, head of employment at Gorvins, argues that this is where the financial impact of the national living wage has been the most stark. “Where there are no luxuries around the edges, the impact is far more direct. And when you consider the projected increases too, it’s inevitable employers will look for any means to cut back on staffing overheads.”

If employers do intend to cut back though, consulting with employees on the benefits that matter to them is a good start. A healthcare client of Innecto, a company that advises on reward, asked staff what they valued and how they perceived the reward system at the company.

“When they did an audit they realised the way they had rewarded people for many years had been quite cumbersome and inconsistent,” says Sarah Lardner, reward lead at the company. “Some employees were leveraging things such as shift working to maximise their salary, while others did not. Some units struggled to fill shifts and others did not. So why were people earning so differently?”

It turned out that, under the existing structure, to pay everyone the new hourly rate would have cost a lot more. Making things fairer and more consistent meant the company was able to offer above the new minimum but still save money, Lardner reveals.

Thomas at Curo also advises taking a closer look at how bonuses are awarded. “Companies need to think about optimising their compensation spend, rather than simply spreading it more thinly. Move away from everyone getting the same pay award annually to being more discerning, and using this to improve talent retention. A bonus should not be an entitlement at the same time each year, and could be given on a more ‘spot’ approach, which has a more motivating impact,” she suggests.

And where employers feel compelled to take something away, they should consider whether or not it’s possible to offer something else in its place, advises Paul Kelly, employment partner at Blacks Solicitors. “Where one benefit or perk is to be removed, employers should try to replace it with another of lesser value but equal importance to staff. For instance, this could be a removal of a bonus but replacement with an extra day’s holiday,” he says.

He adds that changes to blanket benefits should also apply to everybody within an organisation. “To target a specific group of employees could expose an employer to the risk of a discrimination claim,” he says.

Where it is unrealistic to increase prices so customers absorb the cost of the rise (as some employers have done), arguably raising productivity is the most “in the spirit of the law” way of coping with it. Many organisations are looking at job design – for example, whether or not they can employ more people on a higher wage, doing higher-value work, and fewer at the “wage floor”.

Others argue that offering a higher wage either at or above the national living wage level reaps other benefits in terms of employee engagement and a more positive brand perception, and that a knee-jerk removal of perks could end up costing more in the long run. “A financial saving in the short term may lead to long-term disaffection and, ultimately, a disengaged workforce that will seek opportunities elsewhere,” adds Kelly.

With the EU referendum just weeks away, employers may stall their decisions on pay pending the outcome in case it triggers a wider downturn, but the reaction to cuts by some employees in recent weeks should certainly give them food for thought.