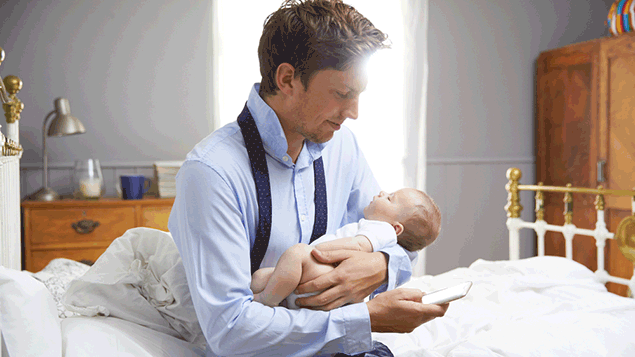 Just 2% of employers say that they have experienced a significant take-up of shared parental leave, but 38% have received interest and are optimistic about the future, according to a new study.

The research by My Family Care and Hogan Lovells revealed that 60% of HR directors had received few or no requests for shared parental leave, with the biggest reason for the slow uptake being the belief among fathers that it would be “frowned upon” or “career-limiting” to do so.

Ben Black, director at My Family Care, said: “The most important revelation to come out of the debate was the need for visible role models; to position fathers who are taking [shared parental leave] at the moment as a shining example to inspire others and help remove the taboo associated with taking time off to care for your new child.”

Other reasons given to explain the lack of requests include a lack of communication around what options are available, and the fact that in some organisations, statutory benefits are not enhanced.

However, despite the limited take-up, 43% of employers are making strides to enhance paternity leave in line with their maternity offerings, and 33% are considering doing so after examining the possible financial impact, the study found. Only 12% say they do not intend to do so.

Part of the research involved a thinktank event, where employers spoke of the benefits that shared parental leave has had on their workforce.

Tony Horan from Accenture UK & Ireland says that take-up has so far been encouraging and has had a positive impact on the organisation: “We believe that having a bold and effective SPL policy will become an increasingly powerful tool in retaining our top talent, while attracting the best people to Accenture.”

At Shell, although shared parental leave has has been on a “slow burn”, UK benefits policy lead Eleanor Silverio believes that employees perceive it as a generous offering and that feedback has been positive so far: “As the needs of employees evolve, we have to continue… to give benefit to the company in terms of increased engagement and flexibility of our workforce.”

Earlier this month, it was announced that grandparents will be able to take shared parental leave from 2018, and the response to this has been mixed, according to My Family Care and Hogan Lovells.

Just over one-fifth (21%) of respondents said they welcomed its introduction, but one in 10 called it “a step too far”.

Jo Broadbent, counsel at Hogan Lovells, said that there was a need for clarification on how grandparental leave policy would work, especially regarding whether or not more than two people would be entitled to the leave.