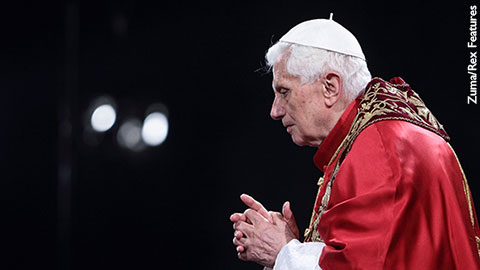 It’s the rare resignation that is welcomed with a bolt of lightning and cries of despair from around the globe.

But this week, the Catholic Church was left with an undeniably tricky people management issue, as its 85-year-old head, Pope Benedict XVI, handed in a shock resignation on the grounds of deteriorating health. This is the first papal resignation in 600 years and surprised even those close to the Vatican. Under the Catholic Church’s governing code, Canon Law, he was perfectly within his rights to do this – the only conditions for the validity of such a resignation are that it be made freely and be properly published.

So what happens next? With papal resignations such a rare thing in the Catholic Church, it is probably fair to say they had not drawn up a nine-box grid of “high-potentials” from around the world, ready to just shoo-in a successor when the need arose. After all, the last Pope to step aside was Pope Gregory XII, who resigned in 1415 amid troubles within the Church.

That said, Church-watchers have already drawn up a list of possible successors, including current Archbishop of Milan Angelo Scola and Christoph Schoenbron, one of Pope Benedict’s former students. In the meantime, however, the vacant papal seat will leave a vacuum at the top of the Catholic Church.

Lessons from the world of business

So what can the Church learn from the world of business on how to deal with a sudden departure at the highest level? There are some precedents. Last year John Wilson, the CEO of TZ, a listed technology company in Australia, suddenly left in the middle of negotiating a lucrative deal. The company temporarily installed its executive chairman as chief executive, but Wilson’s departure came as a shock. And in late 2011, the chief executive of Lloyds Bank, Antonio Horta-Osorio, suddenly stepped down after complaining of stress and severe sleeping problems, although he did return to the role some weeks later.

It is possible to parachute someone in or rely on interim management for a limited period of time, but a robust succession planning process should have groomed a number of potential successors. It is also crucial to fill the hole left at the top of the organisation as quickly as realistically possible, before rumours begin to circulate and the stability of the organisation is called into question. This is all the more important in the Vatican, as in centuries gone by the formal period when the papal seat is vacant, known as “sede vacante” has been a time of disruption and dubious activity.

As Andrew Hill points out in his blog for the Financial Times, a recent report by the Association of British Insurers found that companies with strong candidates for chief executive were more ready to handle a surprise departure.

He wrote: “Boards that are engaged in succession planning will be more capable of handling unforeseen events and mitigating any negative impact of expected or unexpected departures.”

Arguably, the Catholic Church has one of the most eagerly watched processes for succession in the world, with millions worldwide awaiting the puff of white smoke from the Vatican to signal that a decision has been reached.

You could also say that it is a far more intense recruitment exercise than you might get at even some top FTSE 100 companies, with the Church’s most senior officials, known as the College of Cardinals, summoned to a meeting known as a “conclave”. During this period, all the cardinals discuss in strict secrecy the merits of likely candidates. The process can take days and sometimes even weeks, and the cardinals are literally under lock and key – it is hard to imagine Sir Stuart Rose had to undergo as heavy a scrutiny when he was recently appointed as chair of online supermarket Ocado.

As in business, though, the Catholic Church does have an opportunity now in considering the right successor to find a candidate to steer it in the most appropriate direction for today’s world – one where the Church has been dogged by sex-abuse scandals and religious warfare. It is also a chance to embrace greater diversity – many argue that the new Pope should hail from Africa or Latin America, rather than electing another white, European pontiff.

There will be one job requirement that could narrow the field, however. Traditionally, the Pope must be a fluent Latin speaker (Pope Benedict resigned in Latin) as this is the official language of the Holy See. Otherwise, until the end of March, by which time it is hoped the successor will be elected, we will simply have to await the plume of white smoke.

Alternatively, you can keep an eye on the “runners and riders” and even place a bet on your favourite candidate. Just be sure you can live with the guilt.