Debenhams: what the insolvency process means for employees 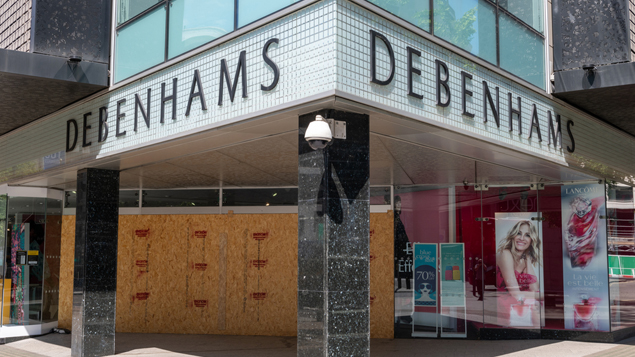 As troubled department store chain Debenhams begins to draw up plans for its potential liquidation, Chris Laughton looks at what the insolvency process means for employees and whether it creates an injustice for staff and creditors that needs government attention.

Debenhams went into administration on 9 April 2020 following the lockdown and the government instruction that all non-essential retail stores should close to help prevent the spread of Covid-19.

An administrator’s primary objective in law, if it can be achieved, is to rescue the company as a going concern. Debenhams’ administrators, Geoff Rowley and Alastair Massey of FRP Advisory, announced on 1 June in their proposals to the company’s creditors that they were discussing with management and specialist retail advisers whether this was possible.

The administrators’ fall-back plan had to be, in law, to achieve a better result for the company’s creditors as a whole than liquidation. They told creditors that this would entail a sale of the company’s business and assets or a wind-down trading strategy.

The store employees, and others not involved in the company’s online operations, had been furloughed before the administrators were appointed. The administrators then applied to the courts to establish whether paying furloughed employees the amounts reimbursed by the government under the Coronavirus Job Retention Scheme meant that they had adopted those employees’ contracts.

Redundancy payments and payments for unfair dismissal or protective awards or payments in lieu of notice do not have super-priority.

The order of payments from an insolvency is crucial, because, by definition, there is never enough money for everyone to be paid.

However by mid-June, 20 stores had been closed and some 4,000 redundancies had been announced, with the principal reason being the administrators unable to agree terms with the company’s landlords. Rent for the period a company occupies premises during an administration is an administration expense, payable before pre-administration creditors. Where rent cannot be renegotiated and stores are unprofitable, an administrator is likely to close them, saving rent and employment (and other) costs in order to preserve the value of the remainder of the business.

By mid-August a further 2,500 redundancies were announced, affecting managers and warehouse staff.

On appointment, the administrators entered into a protocol agreement with the company’s executive management. This was to emphasise that, subject to financial limits, the management continued to conduct the company’s day-to-day operations. The administrators dealt with the restructuring and their own statutory obligations, retaining the ultimate authority of their office.

Failure to consult on redundancies can lead to employees or their representatives complaining to an employment tribunal that the dismissals were unfair.”

Such an arrangement is not uncommon, but insolvency professionals developed a light touch protocol in response to the pandemic. It was anticipated that otherwise viable businesses distressed by the pandemic would benefit from a structured approach to delineating managements’ and the administrators’ separate powers and responsibilities.

In late July Lazard, the investment bank, was retained to sell the company or its business and assets. Then in mid-August, just after the further round of redundancies was made public, Hilco, specialist advisers of distressed retail businesses, was appointed for what was said to be contingency planning. This may foreshadow the administrators’ fall-back plan of a wind-down trading strategy.

Ideally, as with any administration, the end result will be the rescue of the company as a going concern. In view of the closed stores and related rent liabilities this would probably require another company voluntary arrangement, a scheme of arrangement or a restructuring plan before handing the company back to its management.

If the business and assets can be sold as a going concern, with a degree of brand value and trading potential retained, the resulting cash would be distributed to creditors according to their respective priorities. If not, the assets would be liquidated and realisations would be lower.

Failure to consult on redundancies can lead to employees or their representatives complaining to an employment tribunal that the dismissals were unfair. The likely outcome is a protective award of up to 90 days’ pay for the affected employees. Such an award is a preferential claim in an administration.

In relation to the 2,500 redundancies announced in August, the administrators are reported to have said: “Those affected by redundancy will take no particular comfort from this, but the steps taken are in response to an unpredictable and challenging trading environment and aim to ensure the future viability of the business, while also meeting wider statutory obligations. Consultation is rarely possible in insolvency where the options available are limited and the administrators must consider their own duty to creditors.”

This is an area law requiring legislative attention. Guidelines promised by the government in 2018 are awaited. Meanwhile employees feel injustice, employment tribunals impose penalties which fall on innocent creditors and administrators seek to treat all creditors fairly.

Chris Laughton is a partner in the corporate restructuring team at accountants Mercer & Hole.
View all posts by Chris Laughton →
Previous Article
Next Article