Disparity of treatment: when is it lawful to treat employees differently for the same misconduct? 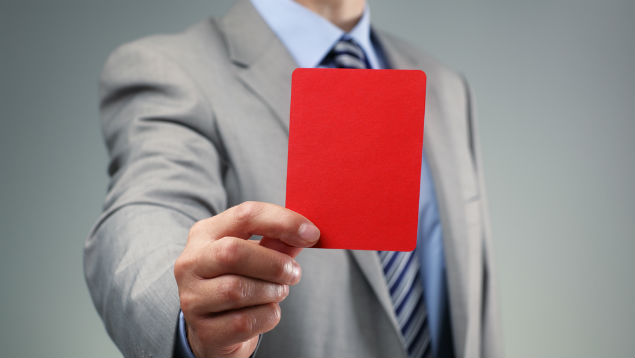 Employers need to tread carefully in situations where disparity of treatment arises. Natalie Jeffries, an associate from Burges Salmon, looks at the lessons from key cases where employees in an organisation were dealt with differently for the same types of misconduct.

An employee has been repeatedly swearing on the shopfloor. You want to take them to task but up until now such conduct by colleagues has been accepted. So what can you do?

Two employees are embroiled in the same disciplinary incident, one has eight years’ impeccable service, and the other has been with you a couple of years and is nothing but trouble. Can you dish out different penalties or will that land you in hot water?

In both scenarios, the ability (or otherwise) to mete out different sanctions will need to be justified to avoid accusations of unfair treatment and potential employment tribunal claims. So how can employers justify disparity of treatment when dealing with disciplinary incidents?

More on fair and unfair reasons for dismissal

As referenced above, disparity of treatment can arise in two different ways and guidance on both is established in the case of Hadjioannou v Coral Casinos Ltd. The first scenario, where you have a “track record” for applying a particular sanction, can be dealt with relatively easily. In a nutshell, it will be difficult to stray from established past practice unless you have a justifiable reason.

Hadjioannou makes it clear that, when disciplining an employee, you need to consider how the conduct in question has been treated in the past. To impose a harsher sanction for behaviour that has historically been condoned (or for which a less severe sanction has been applied), there will need to be aggravating or differentiating factors to justify a departure from past practice.

A way of heading off the problem if you do decide that a change of practice is needed, for example that standards need to be recalibrated, is to communicate the revised expectations to employees. You need to outline why the changes are necessary and the potential disciplinary sanctions that might apply moving forwards, as well as offering training or other support where required.

Hadjioannou also considers the more difficult second scenario of the extent to which employees involved in the same disciplinary incident can be treated differently. In deciding if a dismissal is fair, the tribunal’s focus is on whether the employer behaved reasonably in dismissing the employee.

If an employee is dismissed but another employee, caught up in the same incident and who behaved in exactly the same way, was not dismissed, the tribunal may find the decision to dismiss the first employee unreasonable (and therefore unfair).

This is because Hadjioannou says that where the disciplinary circumstances are truly parallel the employees must be treated the same.

Deciding whether circumstances are parallel

However, deciding whether disciplinary circumstances are truly parallel is far from straightforward and 2015 saw the issue explored in a glut of cases.

In MBNA Ltd v Jones, the claimant and his colleague, Mr Battersby, attended a work party at which they had been told by their employer that best behaviour was expected. An altercation occurred, resulting in the claimant punching Mr Battersby in the face. After the party, Mr Battersby sent the claimant a number of threatening and violent texts.

Following a disciplinary process, both employees were found guilty of gross misconduct. The claimant was dismissed but Mr Battersby was given a final written warning. The claimant brought a claim for unfair dismissal. While the employment tribunal concluded that his dismissal was unfair due to inconsistency of treatment, the Employment Appeal Tribunal (EAT) disagreed. Applying Hadjioannou, it found the facts did not involve truly parallel circumstances.

In reaching this decision, two key questions were considered.

In contrast to MBNA, Newbound v Thames Water Utilities is a useful example of where disparity of treatment of two employees was referred to by the Court of Appeal as “stark and unjustified”.

Mr Newbound had been employed by Thames Water for 34 years with an unblemished record. His role involved carrying out annual inspections on floodgates used in sewers. Prior to an inspection in 2011, Mr Newbound discussed safety requirements with his line manager and a hired contractor and it was agreed that breathing apparatus would be used.

However, once on site, Mr Newbound had further discussions with Mr Andrews, the “competent person in charge”, and it was decided that breathing apparatus was not required. Observed by a senior manager, this sparked a disciplinary investigation.

Mr Newbound, as the more senior employee, was summarily dismissed for gross misconduct. Although Mr Andrews was the “competent person in charge”, he was relatively inexperienced and was given a written warning for misconduct.

The employment tribunal found that Mr Newbound’s dismissal was unfair and, ultimately, the Court agreed, finding that no reasonable employer would have dismissed Mr Newbound in these circumstances given that it was Mr Andrews who was in overall charge at the time of the incident and who had allowed Mr Newbound to enter the sewer without breathing apparatus and yet he was only charged with misconduct and issued with a written warning. The Court of Appeal went so far as to say that it had “rarely seen such an obvious case of unjustified disparity [of treatment]”.

From sewers to llamas, a further decision on inconsistency of treatment was made in the case of Westlake v ZSL London Zoo.

This resulted in disciplinary proceedings and the claimant was dismissed. Ms Sanders, however, was issued with a final written warning.

Applying Hadjioannou, the tribunal found that the claimant’s dismissal was unfair – these were truly parallel circumstances and the two employees should have been treated the same.

Of particular interest was that the circumstances around what had actually happened could not be established. In particular, it could not be determined who started the fight – it was simply one person’s word against another with both alleging that the other had launched the attack.

There were also concerns from the tribunal regarding the evidence and the reliability of some of the witnesses. The tribunal considered that, on this basis, it was not reasonable to prefer Ms Sanders’ version of events and to dismiss only the claimant.

How to avoid unlawful disparity of treatment

These cases highlight the difficulties around establishing if there are “truly parallel” circumstances.

Here are some questions to consider to help determine if the circumstances of a particular incident are truly parallel and if different treatment may be justified.

Employers often believe they need to treat employees involved in the same disciplinary incident in the same way even where there might be good reasons for wanting to do otherwise. As MBNA shows, there is scope for imposing different sanctions.

However, you will need to show that you have the requisite justification for doing so. Where the circumstances appear, on the face it, to be truly parallel, this justification will be closely scrutinised by a tribunal so make sure that reasons for the difference in treatment are clearly documented.