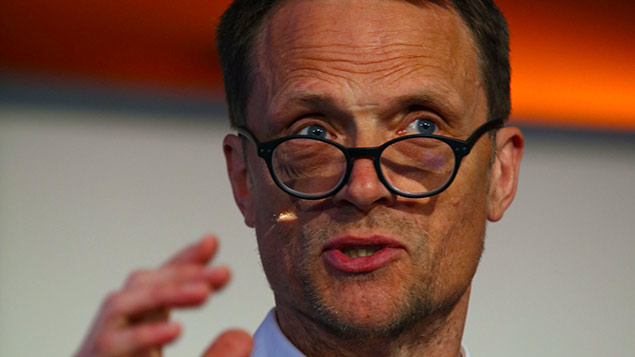 The view that full-time employment is in retreat and will be subsumed by the gig economy is not borne out by the facts, Matthew Taylor argued at a recent conference. Cath Everett listened in and gauged reactions to his ideas.

For years, pundits have been talking about a future scenario in which many companies will be run by a core leadership team and most organisational services will be provided by third parties.

This third party network will comprise everything from outsourcing suppliers to freelancers, contractors as well as gig and remote workers, thus enabling employers to keep their cost overheads to a minimum.

But at the recent Future Talent conference in London, Matthew Taylor (of Taylor Review fame) rubbished this long-held notion. Instead, he maintained that people still wanted to work in organisations for three key reasons.

Firstly, the majority instinctively favoured following leaders, rules and regulations. Secondly, they liked to feel a sense of belonging to a group or team and thirdly, they were keen to realise their own individual ambitions which was often easier in an organisational context.

Taylor said it was vital that leaders found ways of balancing these three elements in order to develop “creative communities with a cause”, in which employees had the scope to express themselves and take manageable risks. These factors, Taylor stated, meant that “organisations are the future.”

But this statement would appear to fly in the face of accepted wisdom that the gig economy is set to grow exponentially, becoming in the process a key form of employment for the millennial generation and beyond as they seek to satisfy their cravings for variety and flexibility.

Dimple Agarwal, partner and global leader for organisation transformation and talent at Deloitte, is not so sure that the two ideas are as contradictory as they seem. She says companies will “continue to exist and play a huge part”, but there will be a “shift in the definition of what an organisation is”.

On the one hand, she expects firms to become smaller in terms of the number of employees they have on the balance sheet, with “talent architects” being required to curate and manage gig workers, freelancers and other similar relationships.

Moreover, adopting this kind of approach will undoubtedly require a different way of thinking about staffing issues. “Rather than ask ‘who do I hire?’ they’ll ask ‘what do I need to get done and how?’ It’s a very different way of running an organisation,” Agarwal says.

Organisations at the heart

As a result, companies “will play different roles and use different contracts based on how they employ people and work with them. So the nature of the relationship will change, but organisations will still be at the heart”, she adds.

In other words, like a spider sitting in the middle of a web, the organisation of the future will exist at the centre of a wider ecosystem that, Agarwal says, “operates with internal and external stakeholders who contribute to its purpose and objective”.

But this kind of approach will require quite a rethink in terms of HR policies and procedures – something that has yet to take place for many employers, according to Deloitte’s 2018 Global Human Capital Trends survey

For example, only 17% have so far developed a strategy and suitable infrastructure to support them in using so-called non-traditional labour – even though 42% of UK business leaders say they expect to employ more contractors, freelancers (41%) and gig workers (34%) by 2020.

Moreover, one in three employers admit they currently fail to either onboard these workers when they join or to assess and manage their performance when they are there. Just over half also offer them no training whatsoever.

But Stephen Bevan, head of HR research development at the Institute for Employment Studies, is not convinced that things are going to change drastically any time soon. He has just co-authored a book entitled 21st Century Workforces and Workplaces based on research taken from such sources as the Office for National Statistics’ Labour Force Survey.

The work indicates that, despite widely held views to the contrary, the structure of the employment market has stayed fairly static in the UK over the past 20 years. For example, although the seemingly endless hype around the gig economy would appear to indicate a marked shift to more precarious styles of working, in reality, the proportion of the workforce in permanent employment has remained steady at around 79% between 1996 and 2016.

The percentage engaged in full-time jobs has fallen by a mere 1% to 62%, while part-time jobs still account for about 22% of the total. Even self-employment has risen by only 2% to 15%, while the number of people in temporary jobs has dropped by only 1% to 5%. According to the CIPD, gig workers still only constitute 4% of the total employment market.

Organisations are not dead

Bevan says: “What this suggests is that, even though there’ve been massive changes in technology, demographics, international trade, the rise of the knowledge economy and a relative decline in manufacturing over that time, the shape of employment has stayed remarkably similar.”

The point here is that “while I’m not necessarily saying the last 20 years are a good indicator of the next 20, it does show that things don’t move forward as quickly as some people say, and I don’t see evidence that things are changing radically at the moment,” he adds.

In other words, Bevan, like Taylor, believes that organisations are far from dead. He points out that it is simplistic to conceive of work as a purely economic activity based on a transaction between an employer and employee, because for many people, work is a “social as well as economic act”.

“Organisations provide a vehicle to fulfil social needs and connect people to a wider purpose – they feel they can achieve more collectively and make an impact on the world,” Bevan explains. “So being employed by an organisation gives people access to social capital and the ability to interact with each another. It’s a basic human need that work is expected to fulfil.”

Moreover, not everyone is at a stage in their life where they are prepared to take risks. For example, having a family and a mortgage encourages people to value the security of working for an employer for a regular salary.

Things don’t move forward as quickly as some people say, and I don’t see evidence that things are changing radically at the moment – Stephen Bevan, head of HR research development at the Institute for Employment Studies

Monica Atwal, director at HR consultancy Forbury People, agrees. But she also believes that in order to thrive, organisations will need to transform themselves. So, rather than being purely business-driven and basing performance on financial returns, it will be necessary to take more of a social enterprise approach by also considering their impact on society and the local community.

“The only way to survive is by strong and ethical leadership, which requires a powerful vision, strategy and value proposition,” she says. “It’ll also mean looking at each part of the supply chain to ensure, for example, that everyone is being treated fairly and receiving a living wage.”

But, ultimately, Bevan believes that the organisation of the future will not look so very different from today.

“For most people in most organisations and industries, work will look remarkably similar to the last 20 years,” he says. “In 50 years time, we might have tiny organisations with lots of peripheral workers, but I don’t really see it happening as long as work continues to fulfil people’s social and psychological rather than just economic needs.”