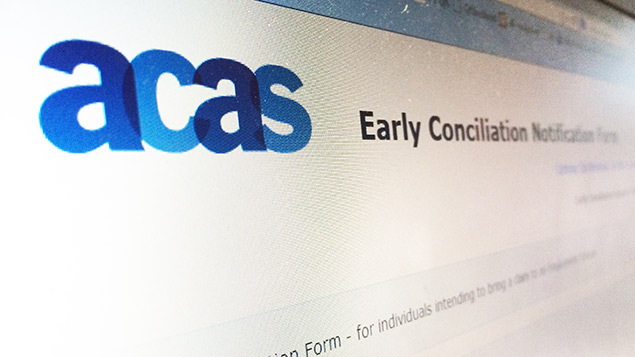 According to a poll by Personnel Today, 65.3% of respondents said they thought early conciliation would be a positive step in tackling workplace disputes, while 6.3% disagreed and 28.4% were undecided.

Gill McCarthy, director of operational policy and performance at Acas and a presenter on last week’s Personnel Today webinar on early conciliation and tribunal fees, said that it was very positive from Acas’s perspective that most respondents thought early conciliation was a positive step.

McCarthy discussed how employers should approach early conciliation and shared experiences of the pre-claim conciliation service which Acas had been running since 2009. She also provided an insight into the initial demand for early conciliation, saying that in the first three days of the new regime, Acas had received more than 500 notifications.

Laurie Anstis, of the law firm Boyes Turner, the other speaker during the webinar, looked at the changing landscape for employment disputes in the light of various government initiatives over the past year, particularly the introduction last summer of upfront tribunal fees for claimants.

Asked by Anstis about the level of tribunal fees, more than half (52.5%) of the live webinar audience believed the fees were “about right”, 28.4% said they were too high and 12.7% said there should not be fees at all. Only a handful, 6.3%, believed tribunal fees were too low.

“A substantial body of people think that fees are about right – the Government will be very pleased to hear that,” said Anstis. The number of tribunal claims has fallen by nearly 80% since the introduction of fees.

Presentations by Anstis and McCarthy were followed by a live Q&A where audience members could have their early conciliation questions answered by the panel. Those questions where lack of time meant they were not relayed to our panel have now been tackled here.

The polls were held during a live Personnel Today webinar on 9 April 2014 with an audience of 1,400 people, the vast majority of whom described themselves as HR professionals. The number of respondents to the polls ranged from 891 to 901. The webinar is now available for free on demand.