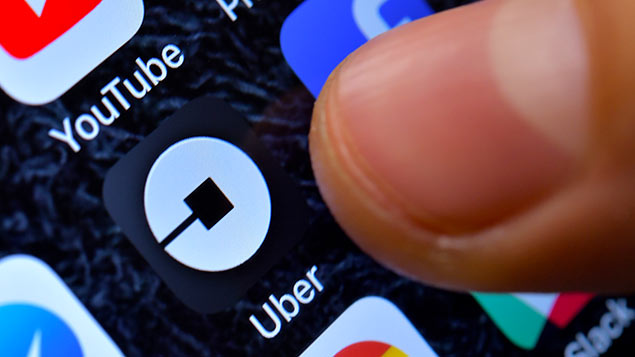 The Employment Appeal Tribunal (EAT) has confirmed that Uber drivers should be classified as workers who are entitled to basic employment rights, in the highest-profile case on the employment status of the gig economy workforce.

Employment status: the dominant theme for 2017

What can we expect from the Supreme Court in the Pimlico Plumbers case?

Uber drivers, whose contracts of employment are designed to make them appear self-employed, successfully argued in an employment tribunal that they are in fact workers.

The employment tribunal in Aslam and others v Uber BV and others held that the drivers are entitled, among other things, to be paid the national minimum wage and receive paid annual leave.

In its decision in Uber BV and others v Aslam and others, the EAT has now endorsed the original employment tribunal decision that, in practice, Uber’s drivers bear the hallmarks of being workers.

Potential Uber drivers are “interviewed” and successful applicants go through an induction. Drivers can be dropped if their ratings fall or if they commit serious misconduct (with a warning process in place).

While Uber drivers can choose when they work, they are required to undertake to provide the work personally for Uber, which is one of the hallmarks for establishing an employment relationship.

The case is one of a number of employment cases in recent years that have questioned gig economy firms’ arrangements with their workforces. Similar cases have been brought against CitySprint, Deliveroo and Addison Lee.

Courts and tribunals have tended to look behind gig economy companies’ convoluted “self-employment” agreements to find that their workforces are in fact made up of “workers”.

These cases have fuelled the debate about the long-term future of the gig economy model. Uber in particular has faced a number of legal challenges.

At the time of the EAT judgment, Uber had lodged a legal challenge to the Transport for London (TfL) decision not to renew its private hire licence in the capital. TfL took the decision on the basis that it is not a “fit and proper” company to run taxi services in London.

I do not consider it was wrong to hold that a driver would be a worker engaged on working time when in the territory, with the app switched on, and ready and willing to accept trips (“on-duty”, to use Uber’s shorthand).” – Judge Eady QC

Paul Jennings, a partner at law firm Bates Wells Braithwaite, which represented the drivers in the EAT, said: “We are delighted with today’s judgment, which is ethically and legally the right outcome.

The ruling will have significant implications for approximately 40,000 Uber drivers and, more broadly, individuals engaged across the so called ‘gig economy’. We anticipate that tens of thousands drivers will now seek to make substantial back-dated claims.”

Rachel Mathieson, a solicitor at Bates Wells Braithwaite, added: “This is a landmark decision in the context of an evolving labour market and one which we hope will be a critical step forwards in addressing exploitation in the gig economy.”

Maria Ludkin, legal director at the GMB union: “This landmark decision is a yet more vindication of GMB’s campaign to ensure drivers are given the rights they are entitled to and that the public, drivers and passengers are kept safe.”

It is highly likely that Uber will now appeal against the EAT decision.

While appeals from the EAT are normally heard in the Court of Appeal, there is a procedure in place for cases of particular legal significance to be “fast-tracked” to the Supreme Court.

Given the number of companies operating a similar business model to Uber, leap-frogging the Court of Appeal appears to be a distinct possibility.

The case could be joined with Pimlico Plumbers Ltd and another v Smith, another employment status case due to be heard in the Supreme Court in 2018.

In that case, the Court of Appeal found that a plumber, described in his contract as a “self-employed operative”, was entitled to worker rights.

TUC general secretary Frances O’Grady said: “Uber should throw in the towel and accept today’s judgment. No company, however big or well connected, is above the law. Uber must play by the rules and stop denying its drivers basic rights at work.

“This ruling should put gig economy employers on notice. Unions will expose nasty schemes that try and cheat workers out of the minimum wage and holiday pay. Sham self-employment exploits people and scams the taxman. The Uber drivers’ union GMB deserve huge credit for their work on this case.”

Imogen Reseigh, senior associate at Trowers & Hamlins, commented: “This decision was not unexpected following the growing number of cases where Tribunals have concluded individuals were workers and not independent contractors. It’s unlikely to be the end of the story, however, given other ‘gig economy’ cases will soon reach the higher courts and Uber is likely to appeal.

“In the meantime there may be pressure on the Government to focus on the Taylor Review of Modern Working Practice’s recommendation of creating ‘dependent contractors’ who are eligible for worker’s rights.”