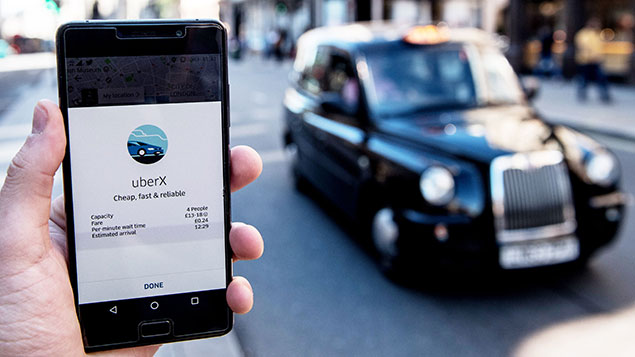 We round up eight significant employment law decisions expected in 2018, with cases due on employment status in the gig economy, enhanced shared parental leave, disability discrimination and carry-over of annual leave.

Employment status in the gig economy

Cases on the difference between “worker” and “self-employed” will continue to come thick and fast in 2018.

These are likely to be the two highest profile cases: one involving the status of staff in the new world of work created by the gig economy; the other involving the more traditional job of plumber.

Pimlico Plumbers will be first up in the Supreme Court early in 2018. In that case, a plumber successfully argued in the lower courts that he is in reality a worker, despite his contract framing him as self-employed.

Next will come the high-profile Uber case, in which the company’s drivers are also claiming that they are in fact workers. They succeeded in the Employment Appeal Tribunal (EAT) in showing that they are not “self-employed”.

Both cases are important for companies that have a large contingent of “self-employed” individuals working for them. Worker status entitles individuals to receive basic worker rights such as the national minimum wage and paid annual leave.

Could shared parental leave could finally catch on?

This simply means that couples who would like to take shared parental leave frequently cannot afford to do so. Given the choice, most parents would prefer the father to remain at work on full pay, while the mother is on maternity leave.

Two cases due to be decided by the EAT early in 2018 could change all that. In both cases, male workers are claiming that their employers discriminated against them because of their sex by denying them the opportunity to take shared parental leave on full pay.

The year would not be complete without some important cases on disability discrimination and the Court of Appeal is expected to deliver its judgments in two of these in 2018.

In Donelien, the issue is the length to which employers need to go to investigate whether or not an individual has a disability.

The employer had difficulty in “disentangling” what the claimant could not do and it was suggested that it may have placed undue reliance on a flawed occupational health report. The case was dismissed by the EAT and employers will be hoping that the Court of Appeal provides some practical guidance in this tricky area.

In the second important 2018 disability case, Peninsula, the Court of Appeal will consider: does the claimant have to prove that they are actually disabled to claim disability harassment under the Equality Act 2010?

Holiday cases will continue to cause headaches for employers

The Sash Window Workshop Ltd and another v King

In 2017, the case law died down on what should be included in holiday pay calculations, to the relief of many employers. However, one threat for employers has quickly been replaced by another, with case law expected to develop on annual leave carry-over.

XpertHR employment law editors look at key cases that are due to be decided during 2018.

Sash Window returns to the UK courts after the European Court of Justice (ECJ) ruling that a worker must be able to carry over unused holiday when the employer does not put that worker in a position to exercise the right to take paid annual leave.

In this case, a salesperson on commission only who was classified as “self-employed” (and so received no holiday pay if he took leave) claimed 13 years’ unpaid holiday pay.

The ECJ decision casts doubt on the:

The Court of Appeal is also expected to hear the appeal in the similarly themed Shannon case. There, a care home worker who did not take annual leave subsequently claimed in a tribunal that he was entitled to be paid for the untaken leave.

The EAT accepted that Mr Shannon was not prevented from taking leave for “reasons beyond his control”, a conclusion that will now be challenged in the Court of Appeal.

This case law has potentially huge implications for employers with large numbers of self-employed staff, particularly those operating in the gig economy.