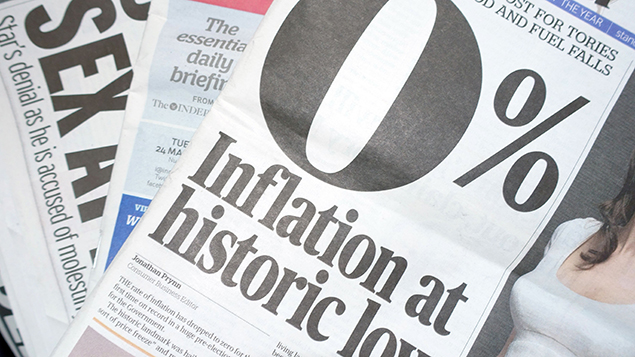 The statistics reveals that, in the three months to the end of March, the median basic pay rise awarded by UK employers was 2%.

Pay forecasts for the private sector, 2015

This is the first time this has been the case in almost five years.

XpertHR’s analysis also revealed that there were fewer large pay increases, with just 5.6% of awards more than 3%.

Public-sector pay continues to lag behind; awards here were a worth a median 1.5% in the year to March 2015, compared with 2% in the private sector.

In the private sector there was more parity of awards than before – the median award for both manufacturing and production and private-sector services was 2%. Previously, data has shown manufacturing employers to award above the 2% median.

Despite workers feeling real terms growth in salaries, pay freezes were still very much a reality in many organisations.

Just under 10% of pay settlements resulted in no salary increase for employees, XpertHR found.

Pay and benefits editor Sheila Attwood said it was likely that the 2% pay rise trend would continue to dominate, with many April 2015 pay awards set at this level. Around 40% of all pay reviews are settled during April.

She said: “The first April pay awards give us a good indication of the likely level of pay awards over the remainder of the year.

“The fact that employers are sticking to 2% suggests that higher pay awards are going to continue to be hard to come by.”