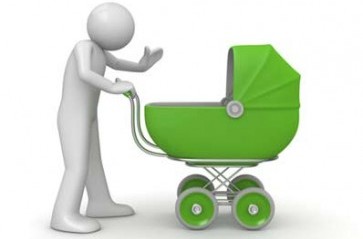 Many employers are failing to offer working fathers the support they need to play a greater role in raising their children.

This is according to research released today by the Employers Network for Equality and Inclusion (enei) and BT, which found that, while half (49%) of the fathers polled said that they do the majority or equal amount of childcare as mothers, two-thirds (67%) said that they don’t think their employers offer sufficient family-friendly policies.

Nearly nine survey respondents out of 10 (87%) said they want their employer to do more to help them with their parenting responsibilities. According to the findings, while 52% of fathers said they manage to prioritise their family life, more than one-third (35%) said that they now work more than ever, which means that they often are not able to be as involved in family life as they would like to be.

The survey found that:

However, one of the survey’s most significant findings is the fact that 46% of respondents said they would consider changing their employer for greater flexibility.

Denise Keating, CEO of enei, said: “With traditional family roles having changed significantly in recent decades, a healthy workplace culture treats men and women equally. True gender equality will only happen when it is not only socially and culturally acceptable, but actually expected that fathers will play an equal part in the care and upbringing of their children. If employers do not move with the times and proactively enable this, there is a risk of disengagement, loss of performance or, even worse, a perception of discrimination against the male workforce.”

The survey also found that as well as caring for their children, more than two-fifths (42%) of fathers also have caring responsibilities for others. Almost one-fifth (18%) care for parents or parents-in-law and one respondent in 10 cares for a disabled partner.

The report’s publication came as the enei announced that it is incorporating Employers 4 Fathers (E4G) into the organisation. E4G is an employers’ membership body with the aim of retaining and engaging working fathers by giving employers a better understanding of this group and by providing practical information to working fathers.

Research from enei showed that while 67% of employers said they encourage fathers to use their work-life balance policies, fewer than one in five (15%) fathers actively make use of them.

Keating added: “While a lot of employers have good intentions and support time off for fathers, there is a need to actually recognise fathers, as opposed to just extending the policies they currently have in place for their female staff.

“The role of the father is vital in achieving gender equality. Employers have a responsibility to help realise this and make it culturally acceptable for those with parental or caring responsibilities to balance these with work, irrespective of gender. Organisations that do achieve this will develop an advantage over those that don’t.”

Caroline Waters, director of people and policy at BT and chair of E4G, said: “Many workplaces have introduced family-friendly work practices; however, men are often reluctant to access these policies due to the cultural expectations of their workplace, and a lack of male role models balancing work and family life.