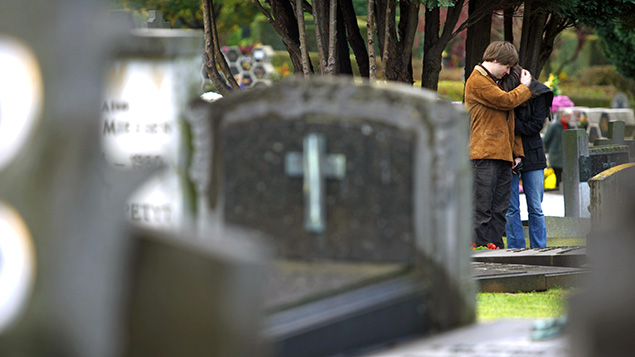 The majority of employers provide paid bereavement leave for employees who lose a loved one, family member or dependant, despite there being no current statutory obligation to do so, new research finds.

How to devise and implement a policy on compassionate leave

Managing the needs of a bereaved employee is one of the most sensitive issues that HR professionals can face. The survey finds that employers have extensive arrangements in place to support bereaved employees through difficult times.

The two-thirds of employers that offer some or all bereavement leave on an unpaid basis – in line with the basic provision specified by the Employment Rights Act 1996 – tend to decide the amount that they will grant on a case-by-case basis.

Nearly nine in 10 (86.1%) employers take action to help bereaved employees. The most common actions are advising line managers to use discretion and sensitivity, maintaining regular dialogue with bereaved employees, and making bereaved employees aware of any available counselling or employee assistance programmes.

Employers reported that bereavement leave requests would be handled with sympathy and trust. One private-sector employer says: “Each situation is handled individually to reflect the individual’s situation and their needs. Overall, we are very sympathetic to and supportive of our employees and offer them the time they say they need after the death of a loved one.”

Nearly all employers will need to review their bereavement leave arrangements in light of Government plans to introduce the right to two weeks’ paid leave for employed parents who lose a child under the age of 18 from 2020.

Only a minority of employers currently match or go beyond the proposed statutory minimum entitlement to paid parental bereavement leave. Of the 525 respondents specifying the number of days’ paid bereavement leave that they offer to parents who lose a child, just 13% offer 10 or more days. This means that nearly nine-tenths (87%) of employers will need to take action to comply with the proposed right.

I'm the editor of XpertHR benchmarking. I'm interested in all aspects of HR data - how it's collated, how it's utilised and interpreted and the stories it tells. I'm also interested in the latest information and data on all aspects of the work of HR and related disciplines (whether to do with employment or economics) around the world – and how social media enable HR information and debate to spread and evolve across geographic boundaries. I’ve been part of the XpertHR team since 20 August 2001, working on the site in a wide variety of editorial roles as it expanded from its unnamed, pre-launch incarnation to the HR information powerhouse it is today. Further back, I worked as a writer at Incomes Data Services (IDS), and before that did time in research and writing roles at a banking consultancy in the City of London and at the Open University Business School.
View all posts by Michael Carty →
Previous Article
Next Article