Employment law in Russia: six things you need to know 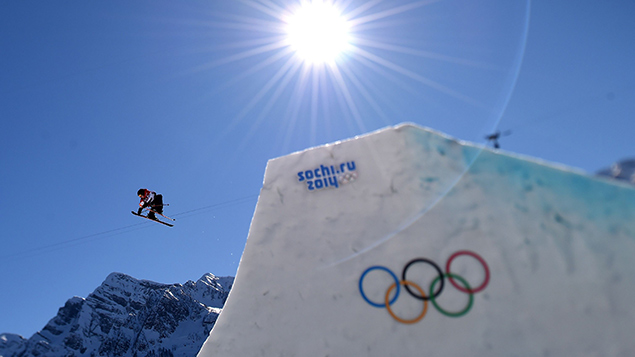 This year’s Winter Olympics in Sochi attracted controversy long before the lights went up on last weekend’s opening ceremony. Activists and athletes alike threatened to boycott the Games in protest against Russia’s questionable record on gay rights. But what is it like to be an employer in Russia? And what rights do employees have?

Known officially as the Russian Federation, the country is made up of 83 different regions. In 2012, its population stood at around 143 million.

When it comes to employment law, the central piece of legislation is the Labour Code of the Russian Federation, although there are some minor differences between states – for example, in the minimum wage. Employment legislation tends to fall quite heavily in favour of the employee, with a number of minimum guarantees and protections for employees.

The most important document is the work-record book, an obligatory document that records a worker’s employment history throughout his or her career.

As long as someone has worked for an organisation for more than five days, the employer must retain this book and record any positions held, promotions, work achievements and finally, the reason for dismissal. This is then returned to the employee when they cease to work for that organisation.

There is no specific Russian legislation on discrimination, but the Labour Code prohibits discrimination against employees on a number of grounds, including sex, race, colour, nationality and political views.

It is worth noting in light of the recent Sochi controversy that there is no legislation against discrimination on the grounds of sexual orientation. In addition, employers must not discriminate against staff on the basis of their property status – for example, whether they own property or not – social status or family status.

In Russia, women in the workplace attract certain protections that male staff do not. These protections include those similar to UK law, such as it being illegal to refuse to hire an employee on the basis that she is pregnant or has children.

However, the legislation goes further: pregnant women cannot be asked to work overtime, asked to work on their days off or be sent on business trips. Female workers are also banned or restricted from working in arduous, harmful or dangerous conditions, or in jobs involving manual lifting of heavy objects.

An employee can only be dismissed on certain grounds specified in the Labour Code. This lists, exhaustively, the circumstances in which employment contracts may be terminated, with the main reasons being: the liquidation of the company; redundancy or workforce reduction; the employee’s failure to meet the requirements of their position; violations of work duties; or the production of fake documents.

If an employee wishes to make a claim that the dismissal was unfair, they only have one month to lodge that claim.

There are, however, special dismissal protections that prohibit employers making certain people redundant. These include female employees with children under the age of three, lone parents or guardians who are the only wage earner, or a family where there are three children under the age of 14 and one under three (unless the dismissal is because of liquidation or certain misconduct grounds).

Russian employers must pay staff in Russian currency (Roubles/RUR) no less than twice a month, and salaries must also be fixed in employment agreements.

The federal minimum wage is set by the Russian Government at RUR 5,554 per month, but each of the Federation’s 83 regions may set their own statutory minimum wage.

The statutory minimum wage is much higher in Moscow, for example, where employees must receive a minimum of RUR 11,700 per month gross, equivalent to just over £200. In addition, workers who perform heavy labour or work in harmful conditions qualify for a higher salary.

Any collective disputes are strictly regulated by the Labour Code and there are a number of mandatory conciliation procedures – for example, around strikes. A conciliation commission will first attempt to resolve any workplace disputes, and if this is not achieved in three days the case will go to a labour arbitration tribunal.

There is a strong obligation to inform union representatives of any major changes to the company’s ownership or legal form three months in advance of changes; in cases of collective redundancy, failure to inform the trade union could make the terminations invalid.